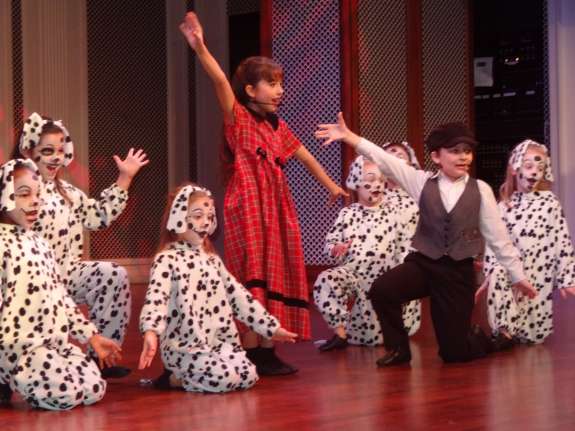 Magic Curtain Productions is a community theater organization in East Orlando. This weekend children and teens are performing “Into the Woods” at the non-profit’s theater on South Alafaya Trail. A group of 52 drama students from Magic Curtain recently won a national theater festival at Disney World. This was their first time participating.

“Our senior troupe won the showcase award. They were able to perform at Downtown Disney for a large crowd,” said Rhonda Cato, Magic Curtain’s artistic director.

Broadway and Disney performers were the judges. 10-year-old Ella Bisson won the Outstanding Young Solo award for singing “Tomorrow” from Annie. “In my opinion it wasn’t really nerve-racking but it was just an amazing experience,” said Bisson.

Bisson showed us just how big her vocals are in this week’s edition of Spotlight. Click the player above to hear!