Spotlight: Does Orlando Have A Signature Dish? 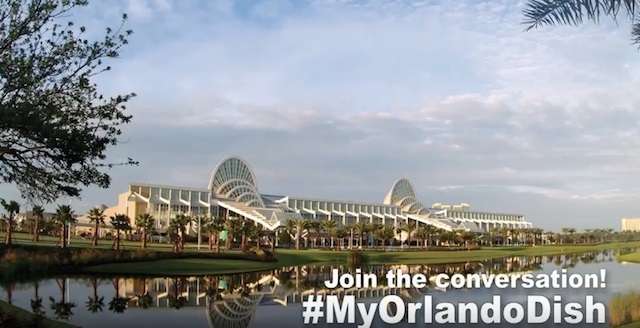 Oh my gosh, just look at the calendar. It appears we’ve cycled once again into the “Orlando Needs a Signature Dish” epoch. This occurs every couple of decades or so, brought on by lamentations that Central Florida has no regional foodstuff, you know, something that would cause people around the world to say, “Oh, when you go to Orlando you must have the [blank]; they’re known for that.”

We’re not known for anything. It’s regrettable, but it’s true. And it isn’t likely to change.

But that isn’t stopping Orange County Mayor Teresa Jacobs and Visit Orlando from trying once again.

In her State of the County address earlier this month, Jacobs announced a new initiative challenging the area’s top chefs to come up with a signature dish, the winner to be announced in time for September’s “Magical Dining Month.”

Godspeed to them all, but I think it’s an exercise in futility.

If anyone can create a signature dish, it’s our top chefs.

The thing is, they’ve all got signature dishes that they serve at their restaurants. And if they could cause them to become the go-to destination food item for the area, they would have done it by now.

And others have tried. In 1990, Orlando writer Bob Morris ran a contest in his column in Florida magazine for readers to come up with THE definitive dish for Orlando. The winner: gator ribs.

And that’s why people the world over say, “You must have the gator ribs when you go to Orlando.”

Which of course no one says.

But here’s the real crux of the matter: You can’t just decree a region’s signature dish. The identifying food of a town, country or region is, you should pardon the expression, baked in.

Jacobs cited the fish and chips of England and the cheese steak of Philadelphia as inspirations. She could also have mentioned Louisiana’s gumbo, New England clam chowder or even South Florida’s Key lime pie. And let’s not even get started on the various regional styles of barbecue.

But all of those dishes became regional identifiers over time. They’re ingrained in the culture and part of its heritage, often because of the contributions of resettled immigrants. The melting-pot diversity of Central Florida may be too vast to focus on one ethnic fusion.

But who knows? It could happen.

Maybe this September we’ll all be clamoring for Orlando gator ribs.