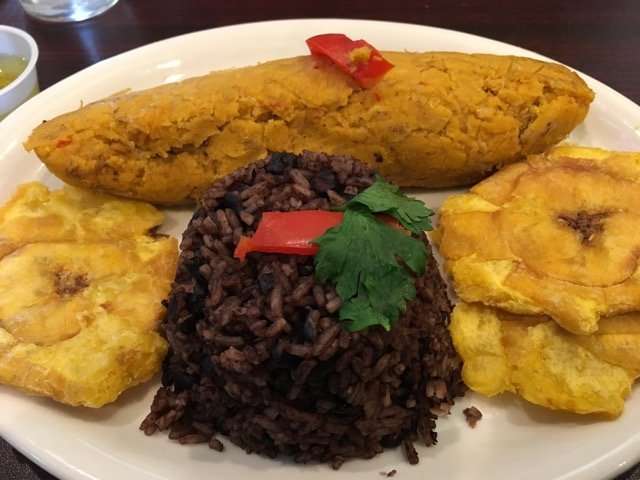 Copacabana, a Cuban cafe from Mount Dora, has opened a second location in Altamonte Springs. It’s a bright and spiffy spot with friendly service and decent food.

The Altamonte location opened only recently, and I have to wonder if the owners knew that the parking lot would be nearly nonexistent when they first planned the new place. The small strip mall, which also is home to longtime Indian restaurant Kohinoor and two breastaurants, Twin Peaks and the Winghouse, is undergoing some sort of construction on the central parking lot. People who wished to eat at Copacabana had to hunt for parking along the sides and hike to the restaurant.

It should be testament to the quality of the restaurant that many people did just that. Copa was doing brisk business when I stopped in recently for lunch.

I started with the Garbanzo Soup, a large bowl of the nuggety legumes with bits of meat and potatoes in a thickened broth. The soup was evenly seasoned and it was all quite filling.

The Tamale was a large Cuban version in which the meat — I chose pork though ropa viejo is also an option — is mixed in with the masa. Copacabana’s was quite large, and though it was a bit drier than I would have like, it was just right when I added some of the soup broth to it.

It came with a choice of plantains — I usually get the tostones instead of sweet plantains — and rice. I chose the moro with the black beans blended in. Just the way I like it.

My server was friendly and helpful.

I remembered having been in the space that Copa occupies many years ago when it was a restaurant and lounge called Joshua Tree, which served French and Spanish style tapas. I reviewed it in January of 1989; it filed for bankruptcy that September. (My review was positive, so don’t blame me.) I recall that the old space had two levels, but Copa is all on the main floor.

I don’t know when the parking lot snafu is scheduled to be over, but don’t let that stop you from trying Copacabana.