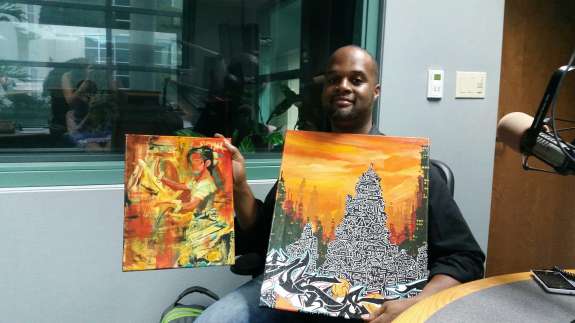 Why “B-Side?” The artists say it’s a play on the old cassette tapes, where the A-side got on the radio, B-side was the more underground, additional music that may not have been mainstream but held some hidden gems.

Tre Harris’ artwork is part of the exhibit. He says the Native American influence you see in his work can be attributed to growing up in Arizona.

Harris says he hopes people gain self-awareness and inspiration from his work. “Sometimes society kind of either closes the door for you, or we close that door. What I noticed within the arts, the arts is very therapeutic and it’s kind of like a set of janitor keys, you get these keys that start opening up a lot of different doors throughout your life,” said Harris.

Saturday is the last chance to catch the “B-Side” exhibit at City Arts Factory.