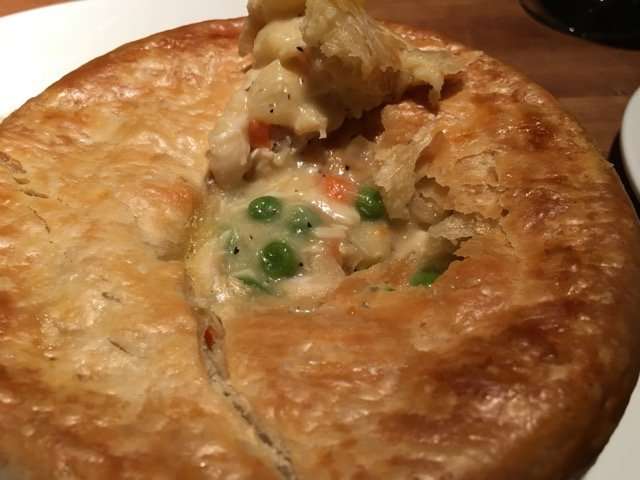 I’ve been avoiding Cheddar’s, the Texas based chain, ever since they entered the Central Florida market a few years ago. There were plenty of smaller, locally owned restaurants to to visit.

Then, in March, Darden Restaurants announced that it was buying Cheddar’s. And so I felt a certain duty to be familiar with the latest addition to the hometown megafeeder’s portfolio. So off I went to check a Cheddar’s.

After just one visit, I have only one question: What the hell was Darden thinking?

I left thinking that I had just had one of the most unpleasant meals of my entire professional career, which as of this month is 29 years, so I have a pretty good inventory to draw on.

Ironically, perhaps, the food drew the least of my complaints, though the menu itself is oddly unfocused and a culinary mishmash and most of the food is underseasoned and bland.

I won’t even quibble with the chain’s assertion that constitutes its complete name: Cheddar’s Scratch Kitchen. It’s a term that one must take with a grain of salt.

“Made from scratch” doesn’t necessarily mean “high quality.” There are varying levels of scratchness. And of course one has to take into consideration the skill of the scratcher.

And let’s be clear about one thing: the food here is reasonably priced, with plenty of choices under $10.

So what did I find so unpleasant about the experience? The service and the atmosphere.

All of the servers I observed, including my own, walked about with an air of obliviousness toward their customers.

My own server, who found it “awesome” that I was at Cheddar’s for the first time, took 20 minutes to bring a glass of wine because she was waiting for the soup to come up.

When I asked a question about the menu, she put both forearms on the table and leaned on the menu as though it were a secret treasure map.

I now find myself using a phrase I’ve used many times over the past three decades: There was no one in the dining room I could identify as a manager or someone in charge.
As I left the loud and dark restaurant, neither of the two hostesses at the stand bothered to acknowledge me, thank me for coming or to say they hoped I would come back soon.

A return visit? Scratch that.