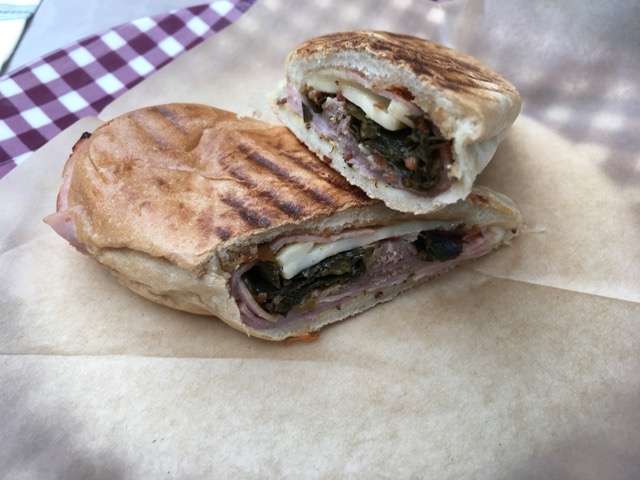 A recent trip had me flying out of Terminal 2 at Orlando International Airport, so I made a point of leaving a little earlier so I could check out the Cask & Larder that opened there a couple of months ago.

All I can say is that if this was the Cask & Larder that opened in Winter Park four years ago, the Ravenous Pig wouldn’t be there today.

Despite the expanse of the vast terminal hub, the restaurant has a comfortable, intimate feel that somehow separates the diners from the hurrying travelers without removing them from view.

Besides the luxury of full table service, Cask & Larder also offers better food options than some of the other fast food purveyors in the terminal.

I very much enjoyed my entree of Burnt Ends Meatloaf with a spicy ketchup sauce sitting atop cheddar cheese-infused mashed potatoes. It was accompanied by sauteed squash.

My friend had the Southern Cuban, a stylized version of the famous pressed pork sandwich given a bit of a drawl with the addition of collard greens. It was delicious and had ample amounts of meat and cheese. But geographically speaking, shouldn’t this be called a Northern Cuban?

We also shared a side of the Crispy Cauliflower. The florets had turned a dark beige and were given a bit of pique with a paprika yogurt sauce and a sweet note from roasted pecans.

Cask & Larder is in the airside terminal — read: past security — which has a couple of downsides.

First is that the food is served with plastic utensils. That makes it hard to fully enjoy good food.

Second, the location means that you can’t just pop out to the airport to dine at Cask & Larder unless a) you have a ticket to travel and b) you’re booked on an airline flying out of Terminal 2.

So the next time you’re making travel plans, try booking a flight on Southwest Airlines and give the new Cask & Larder a try.