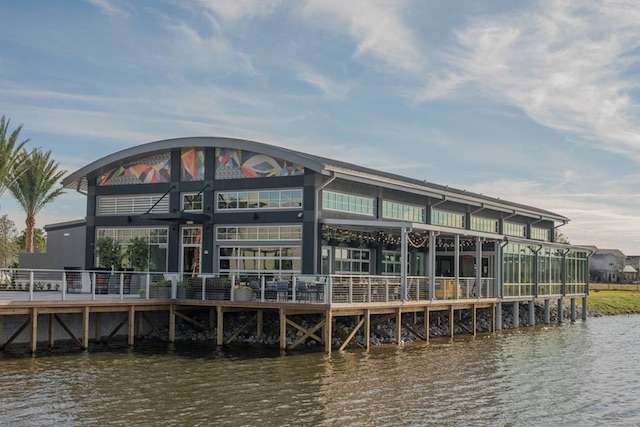 Lake Nona has been in need of some good restaurants to serve the residents moving into the mushrooming communities.

And now they have Canvas, a dinner-only restaurant featuring “American cuisine influenced by Florida’s Southern and Latin roots.” I’m not at all sure what that means, but I enjoyed my dining experience at Canvas.

The menu, under the direction of executive chef Bryan Thoman, isn’t easy to summarize. Yes, one can find the Southern and even Latin influences, but there are also a few Asian ones.

Such as with the Oak-charred Octopus, which had the hunk of tentacle with a sherry braise accompanied by bok choy with soy and ginger and a sweet chili-mango puree. The flavors were all good, and the octopus had a delicious char. If it had been just a tad less spongey it would have been a winner.

The Apple-Bourbon Braised Short Ribs were terrific. The tender meat was just short of melting and was served with chewy wild mushrooms and tomato confit.

My companion chose the entree of Cured Pork Shank, a substantial serving of meat with an aromatic smoky note. It wasn’t the prettiest presentation, but neither of us cared what it looked like when it tasted so good.

I chose the pan-roasted Meyer Lemon Scallops, big discs of tender-firm scallops with just enough marmalade fashioned out of the sweeter version of lemons to give a hint of citrus to it.

Canvas sits on a lake and the tables on the deck are the most popular.

But instead of taking one of the outside tables, we opted to sit at the food bar overlooking the grill station and the open wood burning oven. The cooks there greeted us when we were seated and continued to entertain us with their skills throughout the dinner.

Despite the notion that Lake Nona is on the other side of the world, it’s actually just on the other side of Orlando International Airport and is about 25 minutes from downtown Orlando. That’s about the same distance as to Disney. And none of it on Interstate 4. So there’s that.