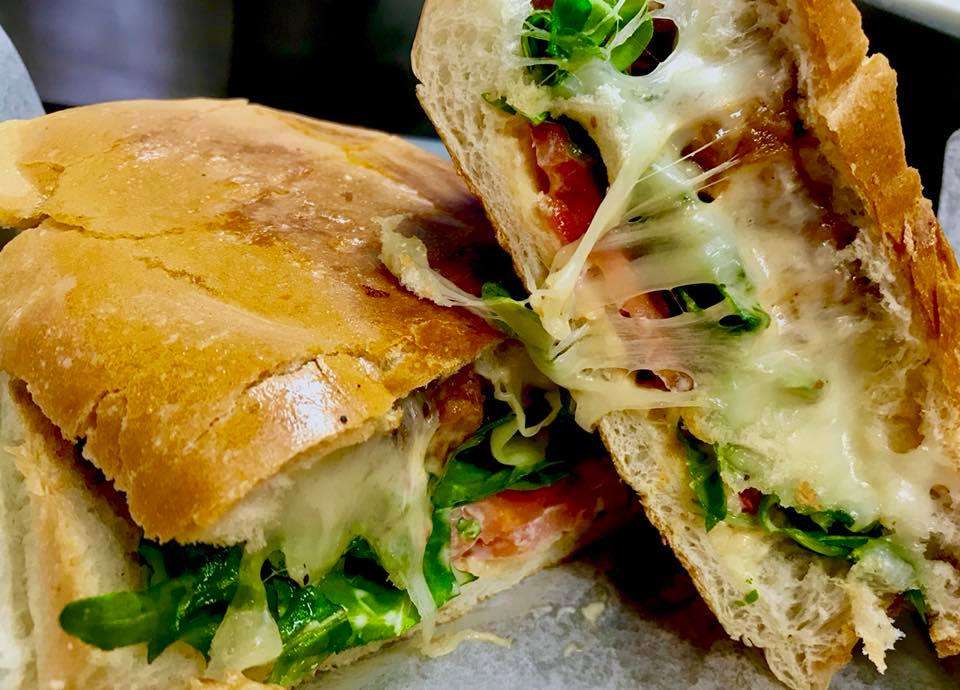 I knew I was going to like AJ’s Press the moment I stepped inside.

That’s when I was welcomed, warmly and genuinely, and when, upon hearing that it was my first time there, someone shoved a Jalapeño Bacon Hush Puppy at me.

AJ’s Press is, despite the name which makes it sound like a news organization, a Longwood sandwich shop in a small strip mall near the railroad tracks. The Press part of the name refers to the device that applies heat and pressure to flatten the sandwiches, á la a Cuban sandwich.

AJ’s menu includes a Cuban, but it’s not at the top of the list of options. The Crunchy Chicken, I was told as I munched on my welcome-to-the-restaurant fritter, is the most popular sandwich. I might have gone with it but the Beer Braised Brisket caught my eye instead.

It featured shredded beef, good and moist (though I couldn’t get any notes from the beer braising), with melted cheese, cilantro infused sour cream, bits of pickled jalapeños, salsa and fresh arugula leaves. It was served on a bolillo roll, which is essentially the same as a French baguette but originates in Central America. (AJ’s rolls originate here, I was told.) It was a good sandwich, and I especially liked the little sparks from the pickled peppers.

I also liked the Texas style Chili, even though God intended chili to be made with beans. It had lots of ground beef and was flavored with tomato, onion and spicy peppers. Some cheddar cheese was sprinkled on top and added melty goo-ness when blended into the soup.

I’m not one of those chili snobs that think it shouldn’t be served in hot weather (I’m a different type of chili snob). I think good chilis should be available year-round, and this is a good chili.

It’s a small place but brightly lit, tidy and with ample seating at various doors set up in the storefront space. (That’s to say the tabletops are fashioned out of old doors, brightly painted.)

AJ’s Press is a quick-serve operation — place your order and take a seat, someone will bring your food when it’s ready.

They’ll also check back to make sure you’re enjoying everything, but no matter how much you bark, they won’t throw you another hush puppy. They’re available for purchase as a side dish.