SPOTLIGHT: A Visual Ode to Black Life and Culture Travels to Orlando 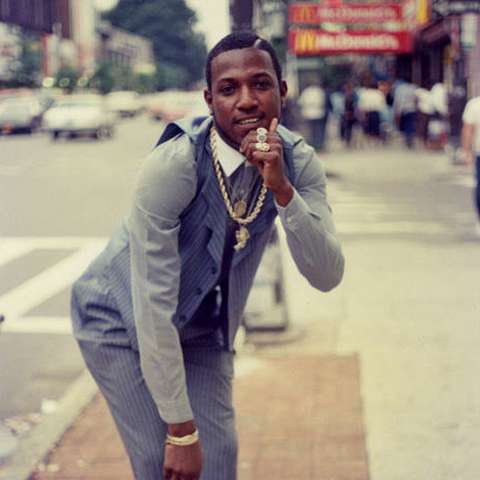 Poignant and complex images, large and small—in color and in black and white—are interspersed neatly on the walls of the spacious Snap! Gallery in downtown Orlando. A collage of fashion shots from the iconic Jet magazine greets visitors; other images capture men standing proudly and women leaning in gracefully in aprons, fur stows and silk robes.  It is a breathtaking visual ode to black bodies as objects, political tools, and works of art.

“I think what we’ve brought is energy and excitement with this. This culture needs to have this type of exhibition. You need to be immersed in it,” said Patrick Kahn, who brought the traveling exhibit, “Posing Beauty in African American Culture” to his gallery.

The collection features conceptual photography and a video installation as recent as 2015 and classic archival images that date back to 1890.

“We have some of the best photographers in the world in this exhibition. We have Hank Willis Thomas. We have Bayete Ross Smith and Gordon Parks and many, many more.”

That includes Jamel Shabaaz, known for his playful photographs of black culture from the 1960s and 70s. In one photograph, called “Rude Boy from Back in the Days,” a man in a pinstripe suit and thick gold chains leans sideways, with his hand on his chin.

“There’s a great sense of style and kind of sweet arrogance about his work,” said Kahn. “There’s these images that are a little bit more activist. There’s these, and then there’s this one at the end, which was a favorite to a lot of people, called ‘Sophisticated Ladies.’”

The show’s timing feels perfect for Kahn in the midst of intense political discussion about identity stateside and abroad.

But for curator Deborah Willis, the exhibit’s visual interpretation of blackness in mainstream and subversive culture has always been needed.

“During the 18th and 19th centuries when cartoons and negative images circulated about African Americans to dehumanize African Americans, African Americans used the camera to create a different narrative about their lives, from the black press to family pictures, and then we see in the 20th century where women found work in the beauty industry and within the 21st century where younger artists are turning the camera on their own bodies,” she said in interview from her office in New York.

Since opening in 2010, “Posing Beauty” has traveled through major cities like LA and New York, all the way to small town Iowa and Indiana. Willis believes the photos are encouraging deeper thinking about beauty as political and black life and culture as beautifully complex.

“That’s the most important aspect of it. I want people to see the human story,” she said

That’s what drove Snap Gallery founder Patrick Kahn to bring the exhibit to his space which was once a movie theater in downtown Orlando’s burgeoning arts district called Mills 50. The Swiss born, Paris-raised art gallery owner has spent much of his adult life in Miami, LA, and now Orlando. He hopes exhibits like this can continue to paint a clearer picture of the diversity of experience found in central Florida and beyond.

“We’re actually trying to have this world view and bring it here and just keep up with the rest of the world being in a city that’s still evolving,” he said.

And that in itself is a beautiful thing.

“Posing Beauty in African American Culture” is on display at Snap Gallery through Saturday, February 11th.

Curator Deborah Willis will speak to guests at a private dinner on Friday, February 3rd at Snap! Gallery. She will also deliver a lecture at Rollins College on February 4th.