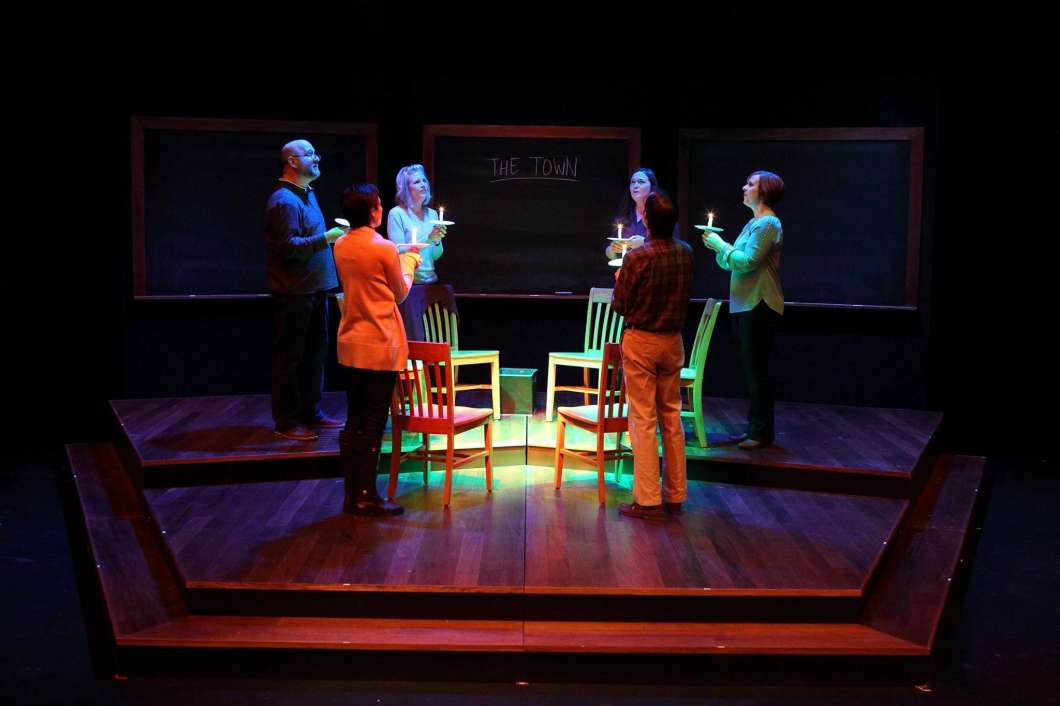 Phot from the 2017 World Premiere at The Human Race Theatre Company.

A UCF alumnus is partnering with Theatre UCF to bring Orlando 26 Pebbles. It’s a play about the Sandy Hook mass shooting. Play writer Eric Ulloa drove to Newtown, Connecticut in 2012 after the tragedy and did interviews with many of the town’s people. The play uses their words.

“It’s mostly a very powerful story about, like we’re seeing now in Vegas, how in the absolute most horrific situations people do come together and there is light to be found,” said Ulloa.

Ulloa said the Pulse shooting was personal for him because it was his hangout in college.

26 Pebbles runs at the Orlando Repertory Theatre through October 8th.

Listen to this Spotlight interview by clicking on the audio player above.