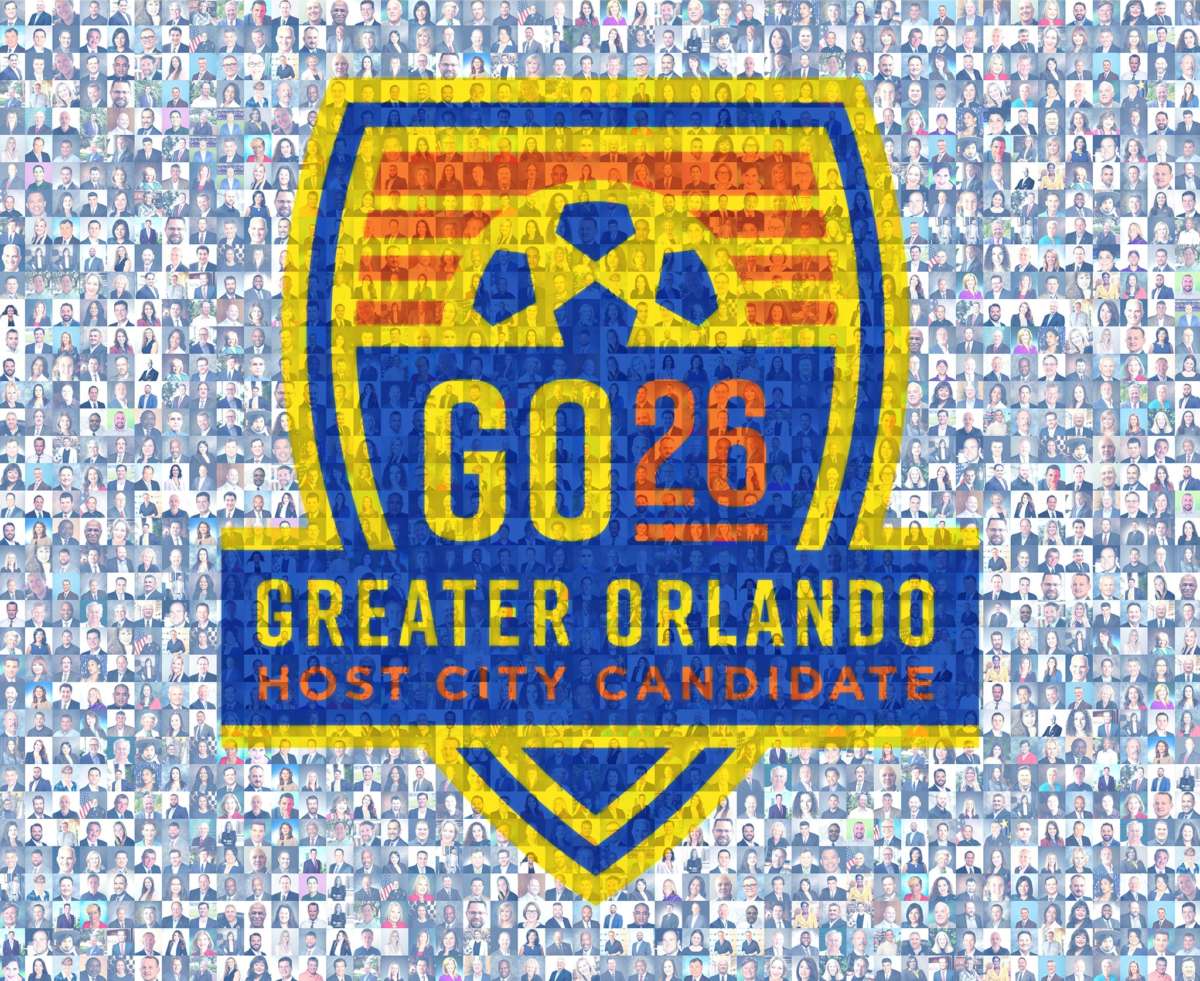 Orlando is competing to be one of 10 U.S. cities that will host matches for the 2026 FIFA World Cup.

The games will be played in the U.S., Mexico and Canada.

Greater Orlando Sports Commission President and CEO Jason Siegel says he is “beyond bullish” about Orlando’s chances when the host cities are selected next year.

“Our community will probably wind up investing, in the public and private sector combined, could be upwards of $40 million,” he said in a recent interview. “This is a 600 to 800 million dollar opportunity and piece of business for our community. So the return on investment, simple economic impact, it’s significant.

Here’s more of that interview with Jason Siegel:

JASON SIEGEL: Mayor (Buddy) Dyer was sent a letter from FIFA and US Soccer way back in the summer of 2017. … Back then … 52 venues, stadiums and arenas, and 47 cities submitted their application as an interested party. That number dwindled down to 32 venues. And then finally in the summer of 2018, there were only 23 cities left in North America, 17 of those were in the United States, three in Canada, three in Mexico. So we’ve been at this for quite some time now.

WMFE: How does Orlando stack up? And what are this city’s biggest selling point?

WMFE: So what are the odds that Orlando is going to get this?

SIEGEL: We think that we are in really good standing. We feel really good about how we’ll be able to deliver the kind of experience that FIFA for their athletes, for the families for their commercial rights holders, for the networks, for all of the stakeholders that are involved. We are beyond bullish as it relates to what we think our chances are.

WMFE: So Jason, what will it mean for Central Florida to have World Cup games played here?

SIEGEL: You know, our community will be asked to make an investment. We we think that, you know, for safety and security and to execute this opportunity, branding awareness, the fan fest, the transportation all that goes into it, our community will probably wind up investing — in the public and private sector combined — could be upwards of $40 million. This is a $600-$800 million opportunity and piece of business for our community. So the return on the investment, simple economic impact, it’s significant.

Secondly, the marketing of our destination the pure reach of the number of folks who are going to see matches played, learn and hear more and more about Orlando — more than 3 billion households watched the 2018 World Cup.

WMFE: I wonder what this will mean for the sport of soccer in Central Florida.

SIEGEL: If the 1994 World Cup, especially for Orlando, was the first half of the match, then certainly 2026, when you start to think about legacy, this was the second half.

I think that’s the tip of the iceberg. … We’re having a lot of conversations with FIFA about human rights and sustainability, being responsible community as it relates to integrating one of the world’s biggest events into what some of our legacy missions are within our community. And it’s it’s very exciting. It’s very encouraging.