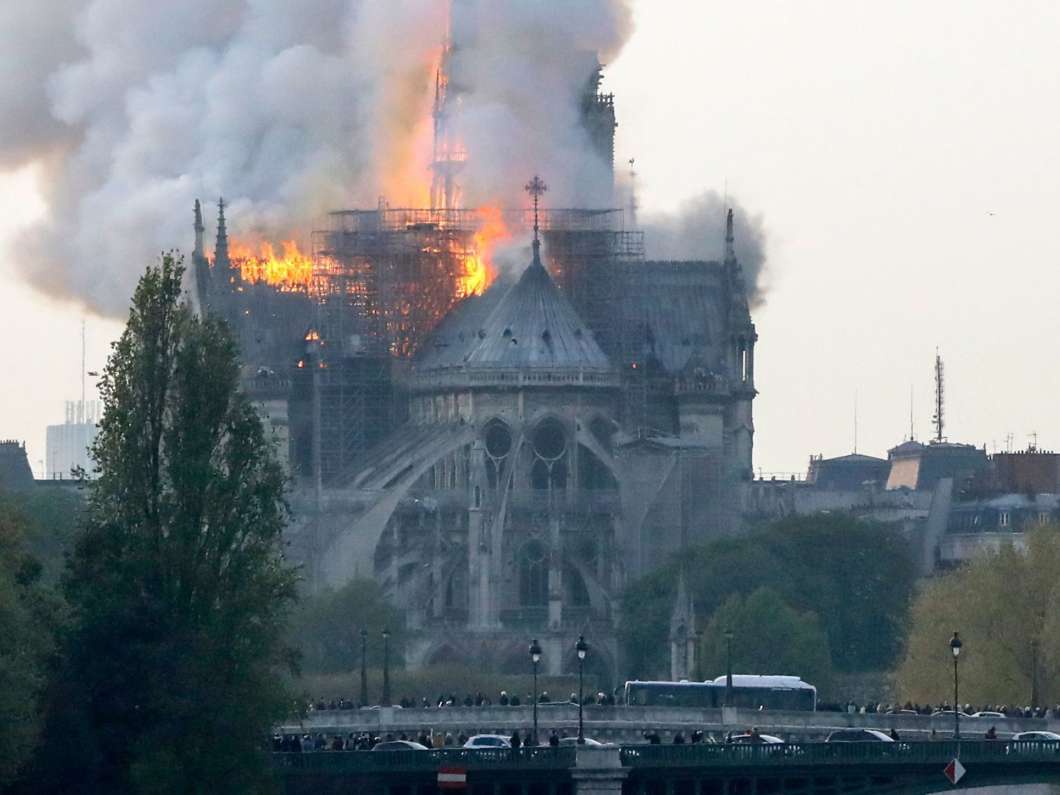 Smoke ascends as flames rise during a fire at the landmark Notre Dame Cathedral in central Paris on Monday.
Image credit: Francois Guillot

Notre Dame Cathedral, one of the world’s most famous churches, erupted in flames Monday in Paris.

Video showed flames leaping through the roof and dark smoke billowing into the sky. Observers gasped as the spire fell.

Police in Paris asked people to avoid the area to facilitate the passage of emergency vehicles.

French President Emmanuel Macron canceled an address to the nation that was planned. “Notre-Dame de Paris is in flames,” he tweeted. “Emotion of an entire nation. Thinking of all Catholics and all French people. Like all our compatriots, I am sad this evening to see this part of us burn.”

There was no immediate word on the cause of the blaze, but the structure has been undergoing a $6.8 million renovation project, including work on its spire.

Located on the Île de la Cité in the middle of the Seine River, the soaring Gothic structure dates to the 13th century and was completed in the 15th century.

The Diocese of Orlando is sending support to the parishioners of Notre Dame and people of France.

Father Chris Dorsey said the Orlando diocese will try and provide financial support to rebuild the structure known as Our Lady of Paris.