SpaceX’s Musk Calls Explosion “Most Difficult And Complex Failure” Yet 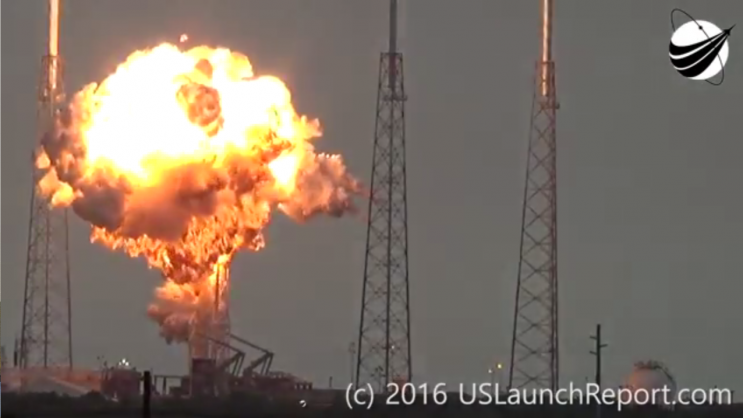 SpaceX CEO Elon Musk said the investigation continues into an explosion that destroyed a Falcon 9 rocket and a communications satellite at Cape Canaveral.

The explosion happened at Launch Complex 40 during a static-fire test ahead of a scheduled launch for Israeli satellite operator Spacecom. Facebook leased a portion of the satellite for their project Internet.org, which planned to bring internet service to places in Africa.

The investigation is “turning out to be the most difficult and complex failure we have ever had in fourteen years,” Musk said in a tweet.

Still working on the Falcon fireball investigation. Turning out to be the most difficult and complex failure we have ever had in 14 years.

The explosion happened as fuel was loaded into the rocket. The engines were not on, said Musk, and there was no apparent heat source.

Photographs of the launch pad show significant damage to the rocket strong back, the support arm the holds the rocket in place before launching.

Particularly trying to understand the quieter bang sound a few seconds before the fireball goes off. May come from rocket or something else.

SpaceX has not commented on how long it will take to investigate the accident and repair the damage. The private space company has another pad at Cape Canaveral, Launch Complex 39A, although that pad is still under construction.

No one was injured in the explosion, but the blast could be felt miles away.