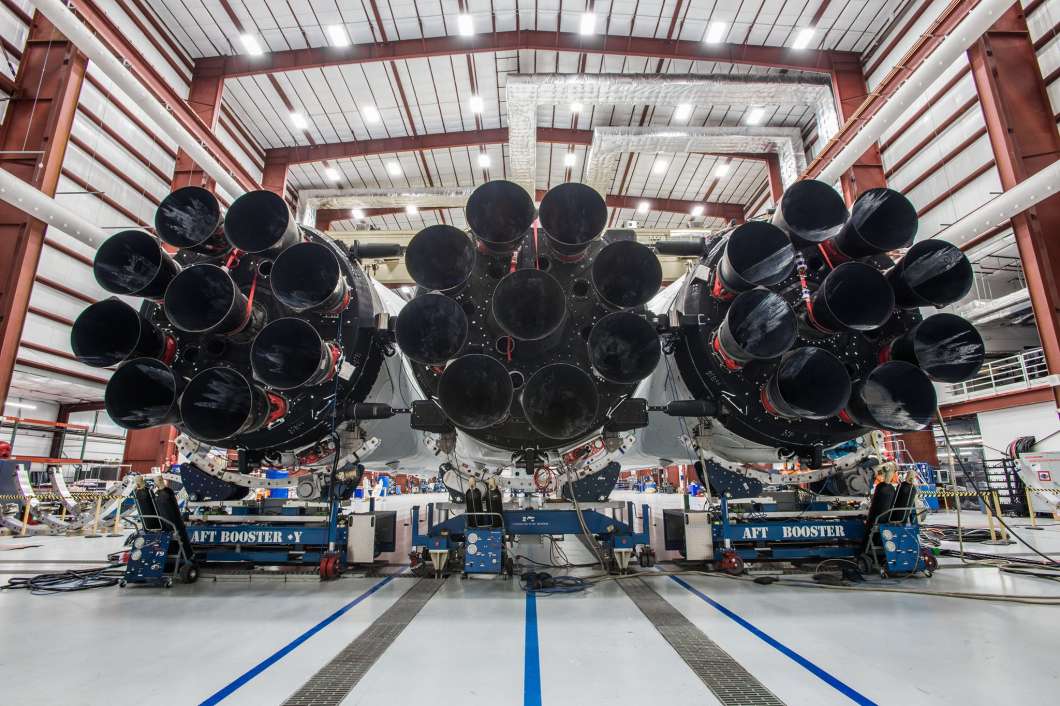 SpaceX’s Falcon Heavy rocket has arrived at Kennedy Space Center ahead of a launch early next year. In a tweet, SpaceX founder Elon Musk shared photos of the rocket in a hanger on Florida’s space coast.

The rocket is designed to lift around 140,000 pounds of payload into orbit is made up of three Falcon 9 boosters. In total, the rocket will fire all 27 engines simultaneously. The Falcon Heavy can be used to send payloads to the moon or even Mars.

SpaceX is targeting a test firing of the engines in January, followed by the maiden launch weeks after that. The rocket will launch from Kennedy Space Center’s Launch Complex 39-A, where Apollo 11 launched to send the first humans to the surface of the moon. SpaceX leases the pad along with Launch Complex 40 at Cape Canaveral.

The plan is to land all three boosters for reuse — two at Cape Canaveral and one on a drone ship at sea. So far, SpaceX has recovered 20 boosters and has reused a handful to lower the cost of access to space.

Musk has downplayed Falcon Heavy’s first launch’s success and said the engineering behind the rocket was more challenging than he thought. The launch has long been delayed since SpaceX announced plans to build the rocket.

Musk says the first payload of the rocket will be his cherry red Tesla Roadster electric car, blaring David Bowie’s “Space Oddity” from the stereo, on a trajectory to Mars.

Payload will be my midnight cherry Tesla Roadster playing Space Oddity. Destination is Mars orbit. Will be in deep space for a billion years or so if it doesn’t blow up on ascent.

SpaceX is also developing an even larger rocket, called the BFR, to possibly ferry humans to Mars with plans to colonize the red planet. Musk says the rocket can be used to launch large satellites into orbit or help start a base on the moon.