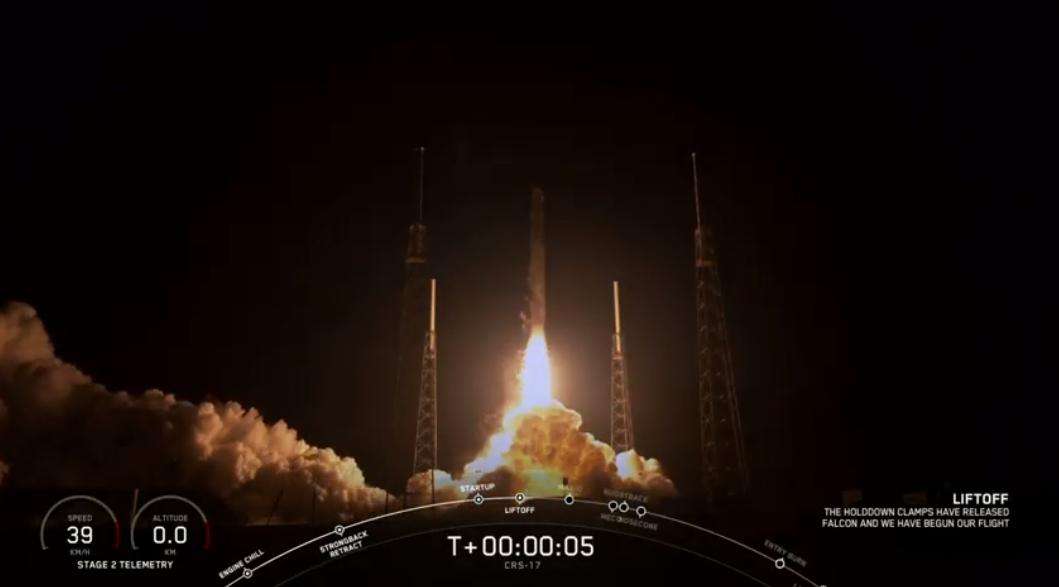 A capsule packed with more than 5,000 pounds of supplies and science experiments is on its way to the International Space Station.

SpaceX’s Falcon 9 rocket launched from Cape Canaveral at 2:48 a.m. Saturday, carrying a capsule packed with supplies for the station crew and dozens of scientific experiments.

It will take about three days for the capsule to arrive at the station. Station managers plan to keep the capsule attached to the ISS until the end of the month, then return it to Earth.

An attempt to launch Friday was scrubbed due to an issue with the drone ship used to land the first stage booster.

An attempt to launch the capsule earlier this week was also delayed due to a partial power outage on the space station. A faulty power switch on the station was replaced Thursday, clearing the way for the launch.

Shortly after liftoff Saturday, SpaceX landed the first stage of the booster on its drone ship “Of Course I Still Love You,” an effort to reuse the boosters and lower the cost of access to space.

There are six people currently on board the station — three American astronauts, a Canadian astronaut and two Russian cosmonauts.

NASA pays private companies like SpaceX to ship supplies to the station.