SpaceX Will Launch Two More Rockets Out of Cape Canaveral 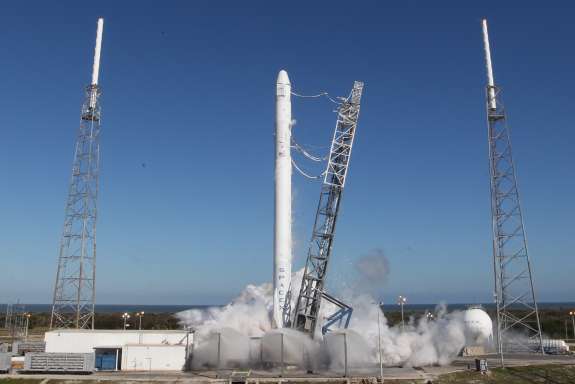 SpaceX has two new orders for rocket launches out of Cape Canaveral.

The new orders would send one communications satellite on a Falcon 9 rocket, and other from Saudi Arabia on a Falcon Heavy rocket. SpaceX will launch the satellites sometime between late 2017 and 2018.

The private space company has more than 60 missions on its manifest.

Rocket launches have been on hold, and will be for at least a few more months, as the company works to make sure there isn’t a repeat of the Falcon 9 rocket that exploded shortly after liftoff back in June.