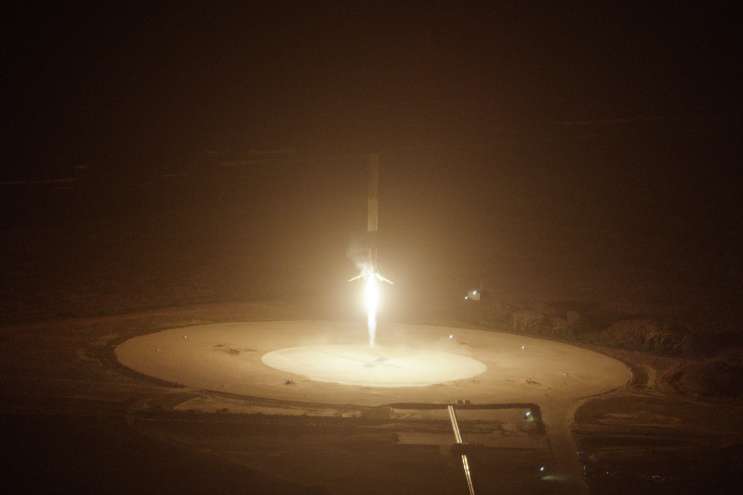 Landing of a Falcon 9 booster at Launch Zone 1. Photo: SpaceX

SpaceX continues to land the first stage of the Falcon 9 rocket booster after launch. Now, the private space company is asking for additional landing pads.

SpaceX currently has one landing pad, Launch Zone One, at Cape Canaveral. They’ve successfully landed two boosters back at the site – with plans to reuse the rockets on future launches.

But they need two more pads. That’s because he company’s next rocket, the Falcon Heavy, uses three Falcon 9 boosters, and SpaceX wants to land and reuse those to lower the cost of launches

They’ve asked for regulatory approval to begin the process. That starts with the Air Force, which is collecting public input on the project. From there, the Air Force evaluates what environmental impacts the new pads would have.