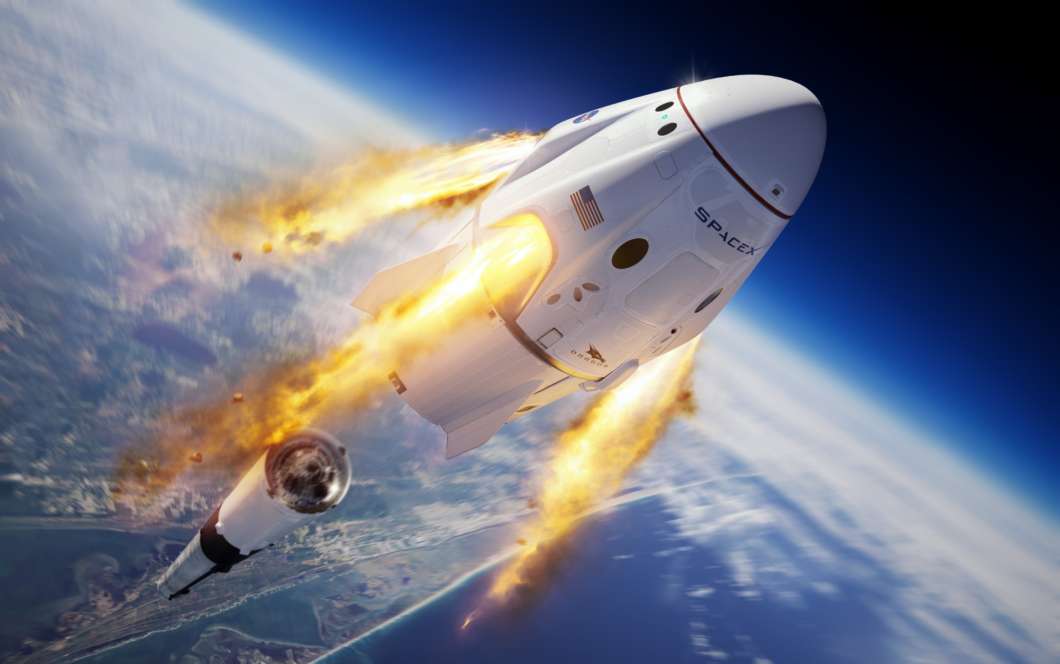 SpaceX is standing down from a launch attempt Saturday of its spacecraft designed to launch humans to the International Space Station. Sustained winds and rough seas at the landing site forced the scrub of critical safety system of the Crew Dragon capsule.

The company said it will attempt the test launch again Sunday, with a four-hour launch window opening at 8 a.m. ET.

The Crew Dragon test capsule will launch on a Falcon 9 rocket from Kennedy Space Center. About 84 seconds after lift-off the uncrewed capsule will activate its launch abort system — engines on the capsule will fire, pushing the capsule away from the bottom portion of the rocket.

SpaceX said it expects the Falcon 9 rocket will breakup once the capsule flies away. Since there is still fuel on board, there could possibly be an explosion in the air off the coast.

“We are purposely failing a launch vehicle to make sure that our abort system on the spacecraft that will be flying for our crews works,” said NASA’s Commercial Crew program manager Kathy Lueders.

.@SpaceX‘s uncrewed in-flight abort test is targeted for 8am ET on Jan. 18. This test will show that the #CrewDragon can protect astronauts even in the unlikely event of an emergency during launch.

The in-flight abort test is one of the final certification tests for SpaceX before launching humans on a mission to the space station. The test will prove the Crew Dragon’s safety systems will work in the unlikely event of an emergency on ascent.

Teams at Kennedy Space Center conducted a “dry dress” rehearsal Friday with NASA Astronauts Bob Behnken and Doug Hurley, who are slated to fly the first crewed mission. Teams practiced getting the crew in their space suits and transporting them to the rocket.

The test was delayed after an explosion last year ahead of a planned flight destroyed the test vehicle. SpaceX said an issue with the abort systems valves was to blame and the company replaced the faulty hardware.

NASA is working with SpaceX, along with Boeing, to ferry Astronauts to the station. The $6 billion program aims to end a nearly decade-long reliance on the Russian space agency Roscosmos for rides to the station after the end of the Space Shuttle program in 2011.

The Kennedy Space Center Visitor Complex will be open, but once it hits capacity officials will restrict access to the area.

This story was updated January 18 at 8:52 a.m. from a previously published version.