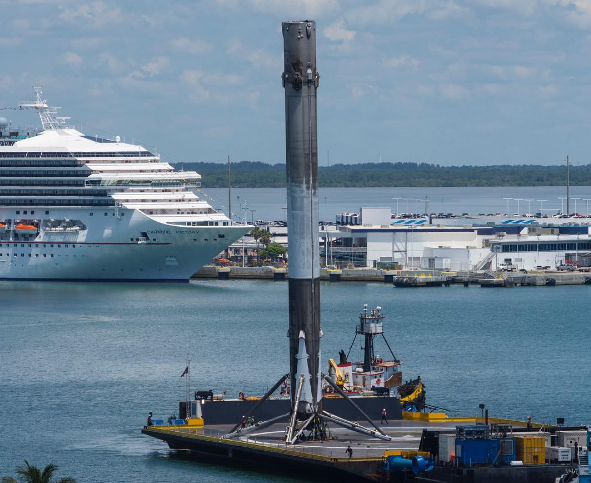 SpaceX is ready to see if a recycled rocket can be used for a second launch.

The private space company proved it can land the first stage rocket of the Flacon 9 rocket by land and by sea – now with six successes under its belt.

The next step is flying a re-used booster, or what SpaceX is calling “flight-proven.” Luxembourg-based satellite operator SES says it bought a ride on the first recycled booster, launching a satellite to service parts of Latin America.

SpaceX says for that mission they’ll re-use a rocket booster that sent cargo to the International Space Station back in April. The private space company landed that booster on an unmanned drone ship at sea.

Re-usability has always been a goal of SpaceX with the hopes of lowering the cost of access to space.

“Re-launching a rocket that has already delivered spacecraft to orbit is an important milestone on the path to complete and rapid re-usability,” said Gwynne Shotwell, President and Chief Operating Officer of SpaceX.

Thanks for the longstanding faith in SpaceX. We very much look forward to doing this milestone flight with you. https://t.co/U2UFez0OhY

A recovered booster was put through the paces earlier this month at SpaceX’s testing facility in Texas.

SES and SpaceX are targeting a launch of the recycled rocket later this year.