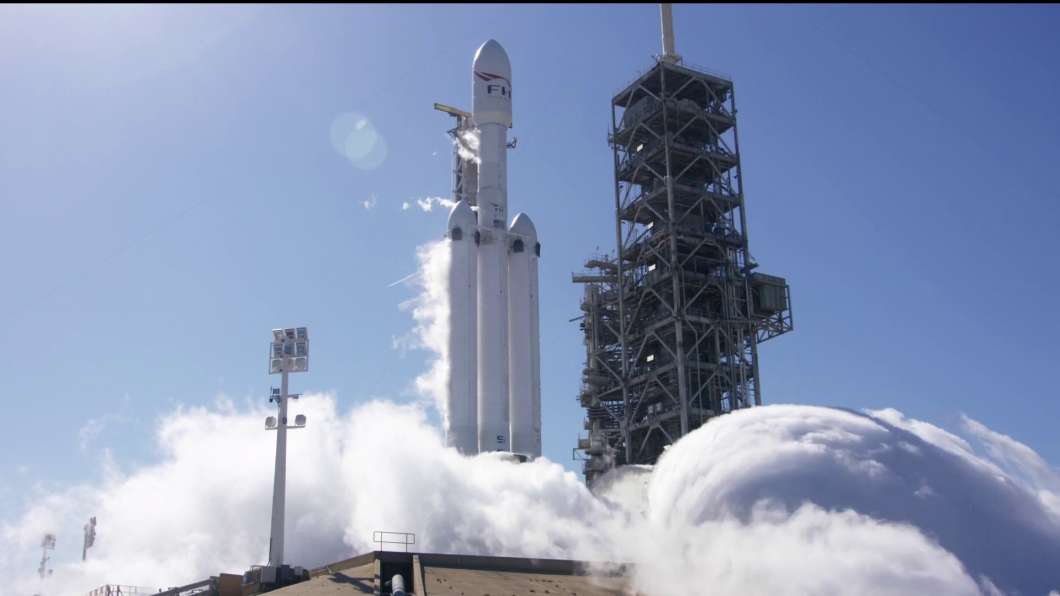 SpaceX test fired the engines of its Falcon Heavy rocket ahead of its first launch. Photo: SpaceX / Elon Musk / Twitter

SpaceX is one step closer to launching its next rocket – the Falcon Heavy.

The company performed a static-fire test Wednesday, a test-firing of the rocket’s 27 engines ahead of its maiden launch.

SpaceX founder Elon Musk plans to launch the heavy-lift rocket in a week or so. The rocket will use three Falcon 9 boosters to lift heavy payloads into orbit. SpaceX plans to land all three boosters – two at Cape Canaveral and one at sea.

Because it’s a demonstration mission, SpaceX isn’t sending a working payload into orbit. Instead, Musk is launching his cherry-red electric car on a trajectory to Mars.

Falcon Heavy hold-down firing this morning was good. Generated quite a thunderhead of steam. Launching in a week or so. pic.twitter.com/npaqatbNir