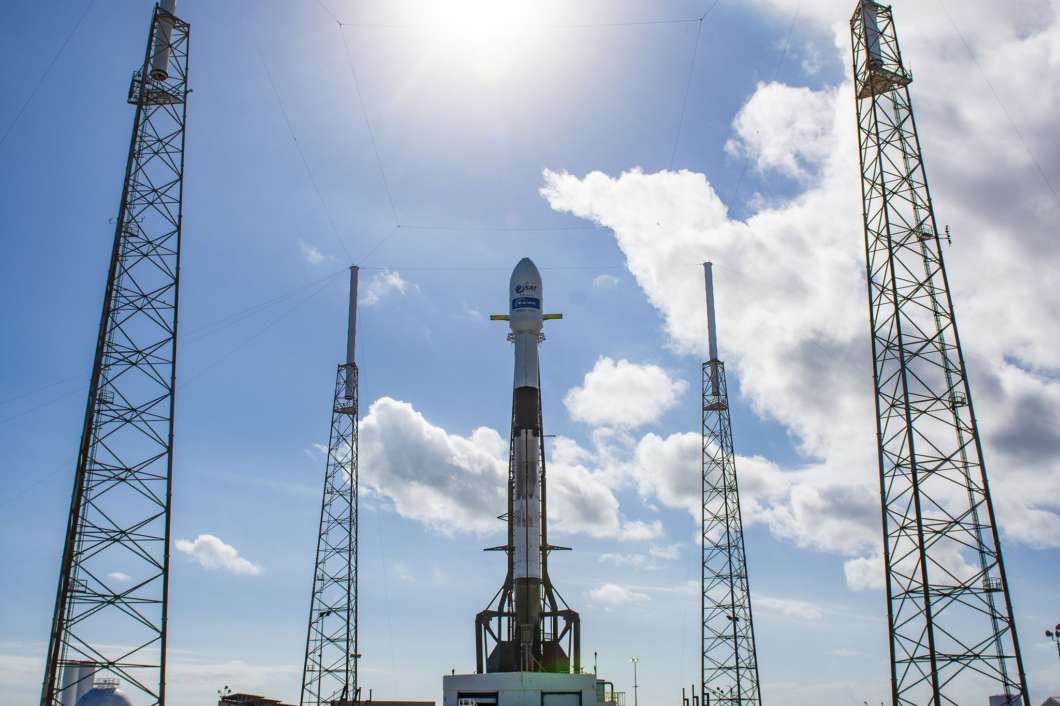 SpaceX's Falcon 9 and JCSAT-18/Kacific1 are vertical on Pad 40 in Florida. Photo: SpaceX

SpaceX is poised to launch a commercial communications satellite into space Monday night from Cape Canaveral.

SpaceX’s Falcon 9 rocket will send the communications satellite into orbit for the private company SKY Perfect JSAT. The satellite will provide mobile broadband services for the Asia-Pacific region.

The launch window from Space Launch Complex 40 opens at 7:10 p.m. EST and remains open until 8:38 EST. Weather is 90 percent favorable for launch. Forecasters are watching cumulus clouds which could delay or scrub the launch.

Once launched, SpaceX will attempt to land the first stage booster of the rocket on a drone ship positioned in the Atlantic. The private space company will also attempt to catch the two nosecone pieces on its fairing recover vessels named “Ms. Trees” and “Ms. Halves.” SpaceX reuses parts of its rockets to lower the cost of launches.

The launch will mark SpaceX’s 13th this year.