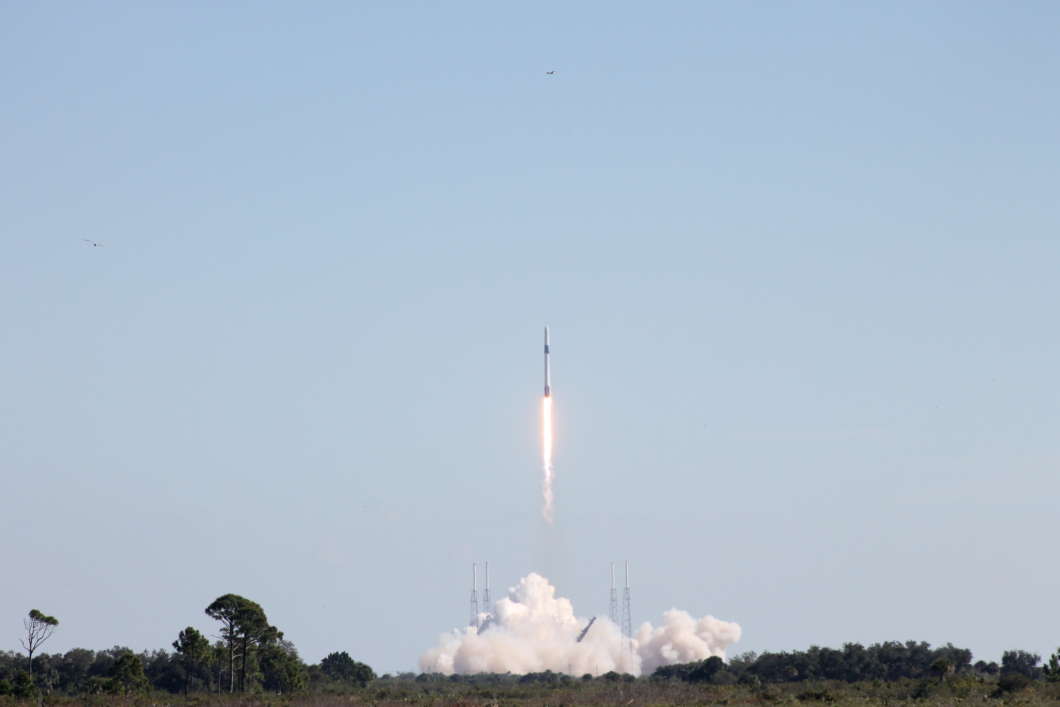 Around 5,700 pounds of supplies are on the way to the International Space Station after launching from Cape Canaveral Thursday. SpaceX’s Falcon 9 rocket launched a cargo capsule packed with supplies and science experiments to the station.

The supplies include mice for a muscle degeneration experiment and a new AI robot to help the crew along. There also are supplies for more than 50 experiments at the station.

The capsule already had flown to the station twice. It will arrive Sunday and remained docked at the station for about a month before returning to Earth.

SpaceX successfully landed the first stage of the rocket on a drone ship in the Atlantic, off the coast of Jacksonville. SpaceX lands and recycles the boosters to lower the cost of launches.

The launch was delayed one day due to upper-level winds at the launch site and rough seas at SpaceX’s drone ship landing site.

NASA pays private companies like SpaceX to launch supplies to the station. It’s the private company’s 19th mission under the contract.