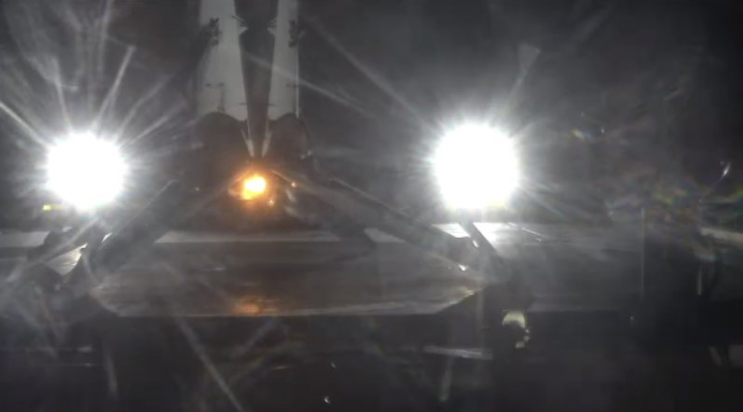 After launching from Cape Canaveral Friday morning, SpaceX successfully landed the first-stage booster on a drone ship in the Atlantic.

The landing feat was particularly difficult, SpaceX officials said before the launch. The primary mission was to send a Japanese communication satellite to a high geosynchronous transfer orbit (GTO). Because of the high altitude, the first-stage booster faced high velocity and heat as it fell back to Earth.

In tweets after the landing, SpaceX founder Elon Musk said the booster used three of the Falcon’s nine engines to control the descent.

“Yeah, this was a three engine landing burn, so triple deceleration of last flight. That’s important to minimize gravity losses.”

Landing the booster on the unmanned drone ship at sea is a part of Musk’s plan to lower the cost of getting payload to orbit by reusing parts of the rocket. Last month, SpaceX successfully recovered a booster after sending cargo to the International Space Station.

That booster is being tested and could be used for a flight as early as this summer.

The Japanese communication satellite was successfully launched into orbit.

WATCH: SpaceX’s webcast of its Falcon 9 rocket launch from Cape Canaveral and the landing of the spent booster.