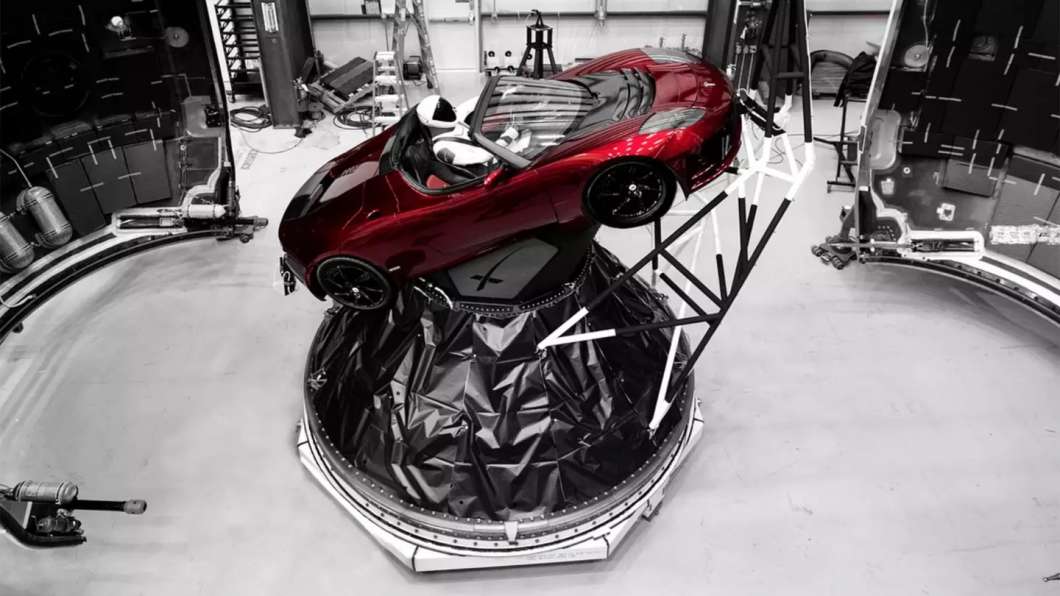 CAPE CANAVERAL, Fla. (AP) — A SpaceX “Starman” is aboard the company’s new rocket that’s set to make its launch debut from Florida

SpaceX chief executive Elon Musk revealed pictures of the surprise passenger Monday. The figure is in the driver’s seat of Musk’s red Tesla Roadster, the cargo for Tuesday’s first test flight of the Falcon Heavy. The right hand is on the wheel, the left arm rests on the convertible’s door.

Starman, as Musk calls him, is wearing a white-and-black-trimmed spacesuit and helmet. It’s the same outfit real astronauts will wear when riding SpaceX rockets from Florida a year from now.

Musk, who also runs Tesla, is sending his Roadster into a solar orbit stretching out to Mars.