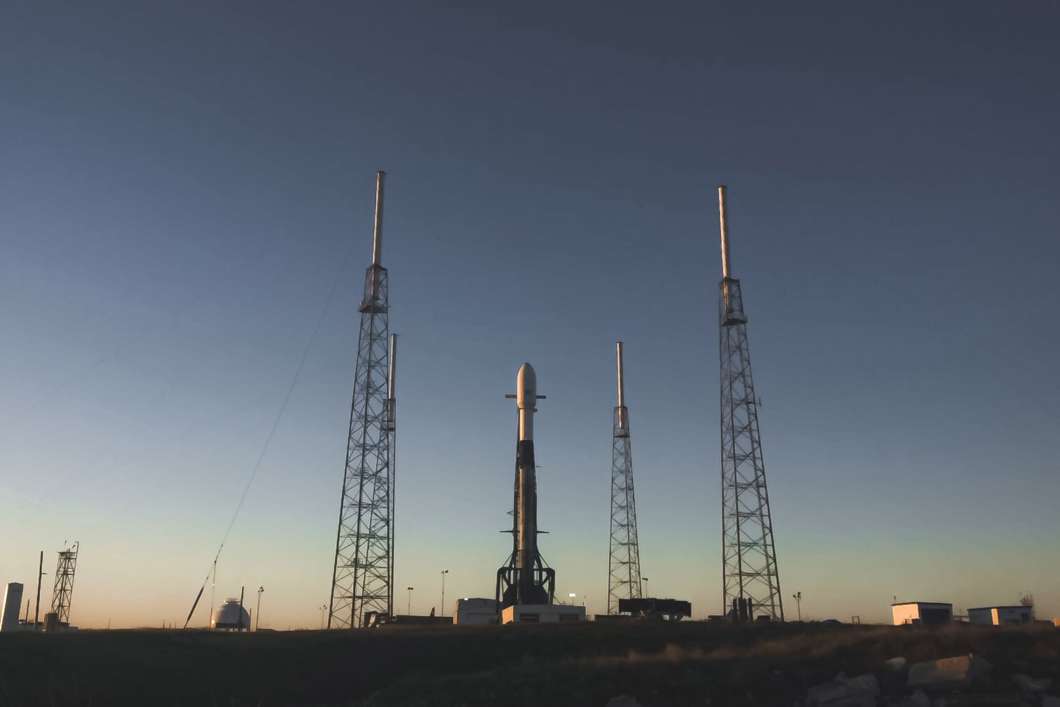 Cape Canaveral’s first rocket launch of the year is scheduled for Monday evening.

SpaceX plans to launch 60 small satellites as it works toward building a global constellation of internet satellites. The launch from Cape Canaveral’s SLC-40 is scheduled for 9:19 p.m. ET. Weather remains favorable.

The Starlink satellites with join more than 100 already in orbit. The goal is to blanket the globe with broadband internet with plans for thousands more satellites to come.

Previous fleets of these tiny satellites have drawn criticism from astronomers.  The streaks from the satellites’ orbits can be seen in astronomical observations.

SpaceX said it provides tracking data so astronomers can better prepare for fly-overs. On this launch, the company is also testing an experimental darkening treatment to mitigate any interference with ground-based telescopes.

SpaceX plans to land part of the rocket on a barge at sea and will also attempt to catch the pieces of the rocket’s nose cone using boats with large nets.