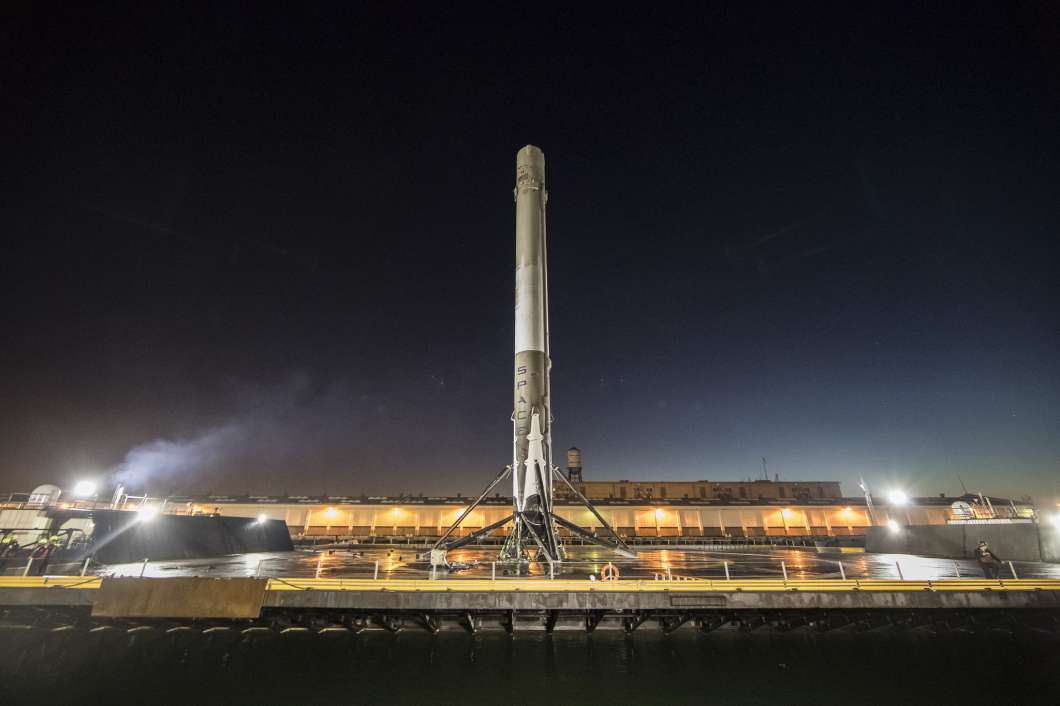 SpaceX recovered the Iridium-1 booster after launching from Kennedy Space Center. The booster will send another satellite into orbit Friday. Photo: SpaceX

SpaceX is poised to send a communications satellite into orbit Friday launching on a previously flown rocket.

The Falcon 9 booster launched earlier this year sending a commercial communication’s satellite into orbit. SpaceX landed that rocket, refurbished it and prepped it to launch yet again. This is the second time the private space company will reuse a booster.

The second payload for this rocket is a communications satellite for Bulgaria, launching from Kennedy Space Center’s Launch Complex 39A.

SpaceX wants to lower the cost of access to space by reusing parts of the rocket. SpaceX regularly lands and recovers the first stage of the rockets. The private space company will attempt to land this booster again on a barge at sea.