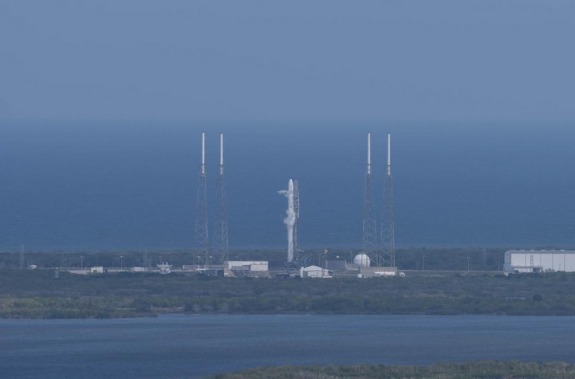 CRS-6 sits on the pad. It will deliver supplies to the International Space Station. Photo: SpaceX

SpaceX will try again Tuesday to land a booster rocket on a barge in the Atlantic Ocean.

The daring feat would have been part of a launch that was to deliver 4,000 pounds of cargo to the International Space Station.

But the launch was scrubbed due to weather.

If SpaceX can land its Falcon 9 rocket on the unmanned barge it would revolutionize space flight. That’s because it would dramatically cut costs. Previous attempts have failed.