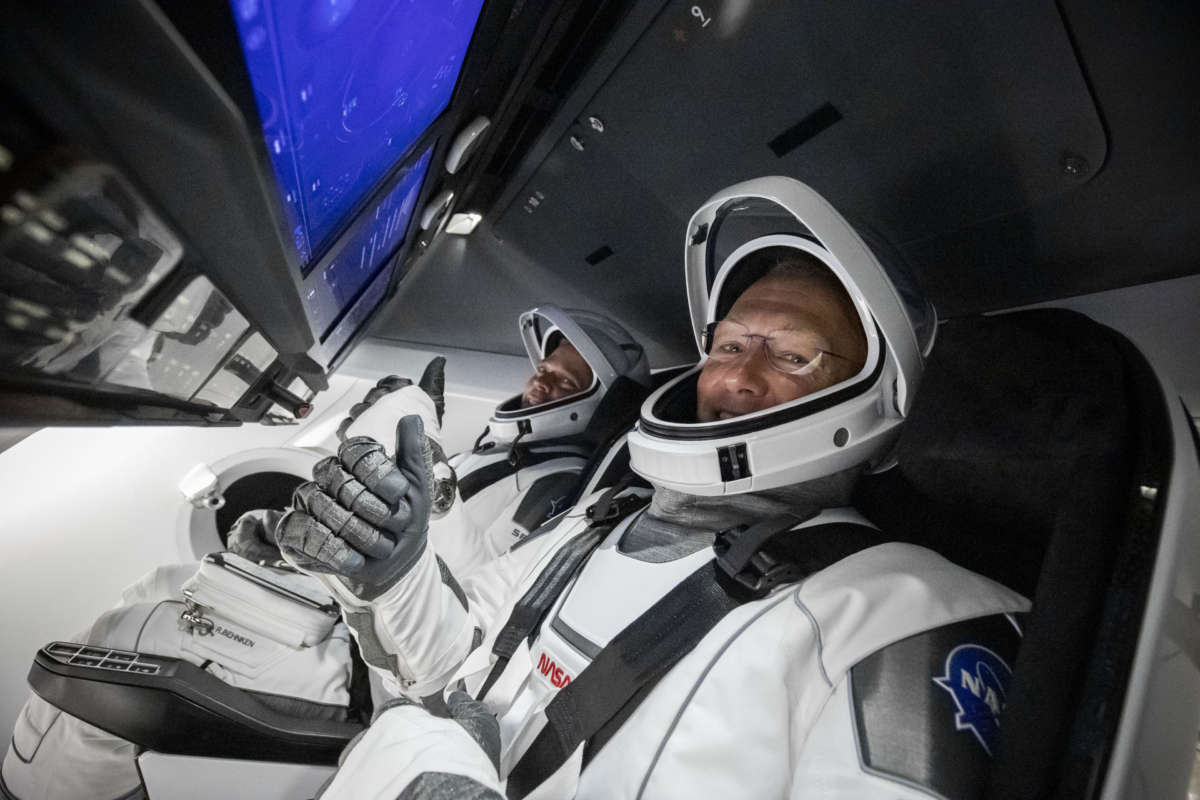 Two NASA astronauts are on their way to the International Space Station after launching from Kennedy Space Center in Florida — the first time humans have launched from the U.S. in nearly a decade.

Weather threatened the launch all day but cleared in the last 40 minutes of the countdown.

“This is a dream come true for me and everyone at SpaceX,” said Elon Musk, chief engineer at SpaceX. “It is the culmination of an incredible amount of work by the SpaceX team, by NASA and by a number of other partners in the process of making this happen. You can look at this as the results of a hundred thousand people roughly when you add up all the suppliers and everyone working incredibly hard to make this day happen.”

Hurley and Behnken named their capsule “Endeavour.” The two flew their first missions to space on the Space Shuttle Endeavour.

Their mission now is to test SpaceX’s Crew Dragon capsule in space. The spacecraft was designed and built by SpaceX and is the first private capsule to fly NASA astronauts.

It will take about 19 hours for the capsule to dock with the ISS. Behnken and Hurley will test the capsules control system, along with its life support systems en route to the station. The two will spend at least a month living on the ISS with NASA astronaut Chris Cassidy and two Russian cosmonauts.

The flight ushers in a new era in commercial space travel and marks the first time NASA has launched astronauts from U.S. soil in nearly a decade. “Today a new era in human spaceflight begins as we once again launched American astronauts on American rockets from American soil on their way to the International Space Station, our national lab orbiting Earth,” said NASA Administrator Jim Bridenstine.

Ever since the space shuttle was retired in 2011, NASA has relied on Russian rockets launched from Kazakhstan to take U.S. astronauts to and from the space station.

“This is something that’s particularly important in the United States but appeals to everyone throughout the world who has within them the spirit of exploration,” said Musk.

Behnken and Hurley will spend at least a month at the space station. The vehicle can spend up to four months in space. When it returns, the capsule will splash down off the coast of the Atlantic Ocean.

“I think there’s an argument that the return is more more dangerous in some ways than the ascent,” said Musk “So we don’t want to declare victory yet.”