SpaceX Rocket Launches With Astronauts Aboard 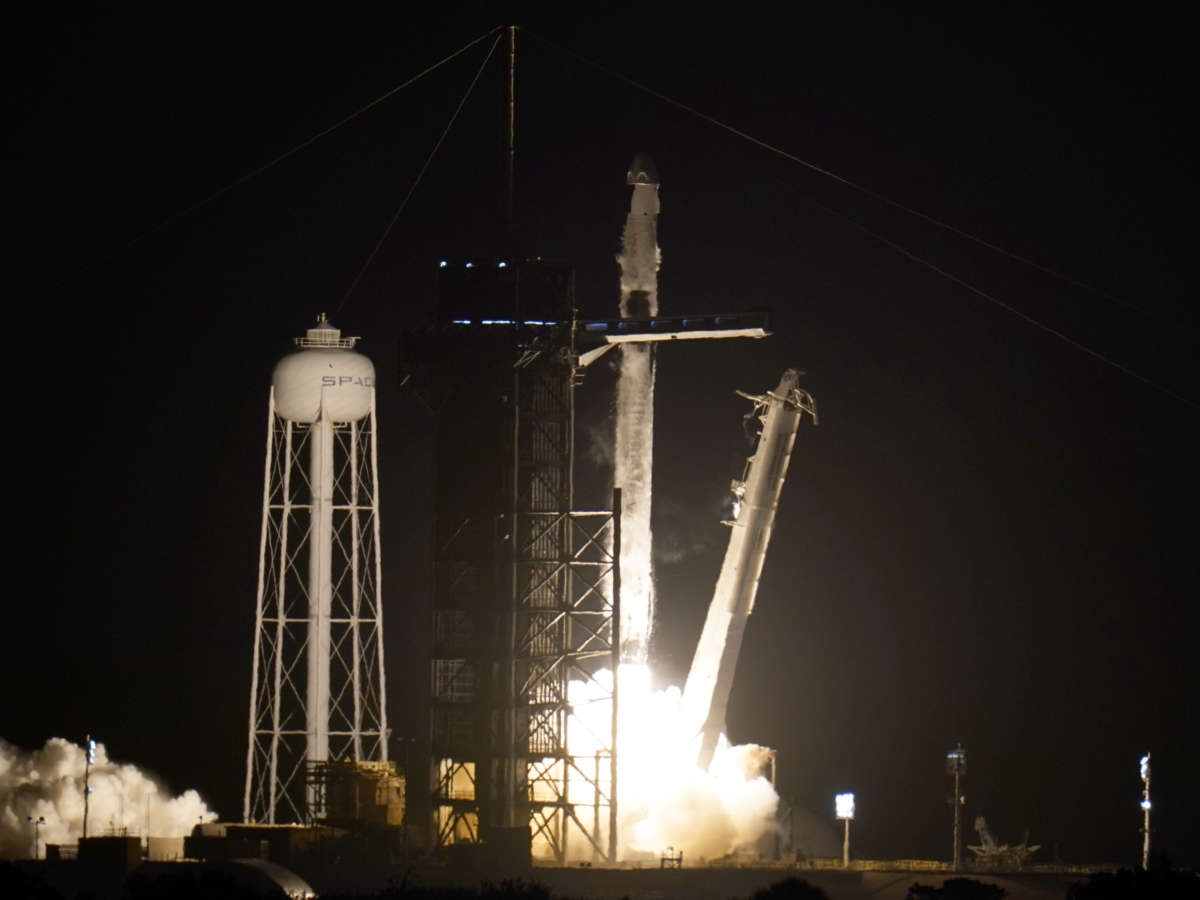 A SpaceX Falcon 9 rocket with the Crew Dragon space capsule lifts off from pad 39A at the Kennedy Space Center in Cape Canaveral, Fla., Friday, April 23, 2021.
Image credit: John Raoux

A SpaceX rocket lifted off from Florida early Friday morning on what is becoming a routine mission, carrying four astronauts to the International Space Station.

The company’s Falcon 9 rocket lifted off from the Kennedy Space Center just before 6:00AM EDT, topped with a Crew Dragon capsule. Aboard were NASA astronauts Megan McArthur and Shane Kimbrough, Japanese astronaut Akihiko Hoshide and European astronaut Thomas Pesquet. The rocket’s first stage landed vertically on a drone ship in the Atlantic Ocean.

This is the third flight of the Crew Dragon capsule since May of last year, when astronauts Doug Hurley and Bob Behnken launched on the inaugural crewed flight to the station. The Dragon capsule is in some ways a throwback to earlier days of space travel, but it includes some upgrades, including sleek lines and touchscreen controls.

This Crew Dragon capsule was used on SpaceX’s first mission that flew humans last May. It’s the first time an American capsule has been reused since the Gemini program, when the same unmanned spacecraft flew twice in 1965.

NASA is counting on the Crew Dragon to become the workhorse vehicle for trips to and from the station. The space agency also recently picked SpaceX to build a lander for a future planned mission to the moon.

The Dragon is scheduled to dock to the space station at approximately 5:10 AM EDT on Saturday. When it arrives, the station’s crew will briefly rise to a total of 11 astronauts and cosmonauts. That will require creative sleeping arrangements, and may create some long lines for the three toilets aboard.

But the crowded conditions won’t last long. NASA astronauts Mike Hopkins, Victor Glover, Shannon Walker and Japanese astronaut Soichi Noguchi, who came to the station aboard another Crew Dragon capsule in November, are set to leave the station on April 28.