SpaceX Returns To Flight After Explosion, Lands Yet Another Booster 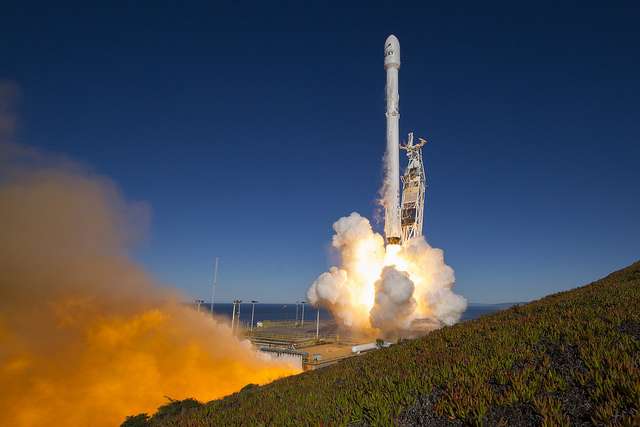 The launch of a Falcon 9 rocket carrying 10 satellites for Iridium Corp from Vandenberg. Photo: SpaceX / Flickr

SpaceX successful launched and landed a Flacon 9 rocket Saturday from Vandenberg Air Force Base in California. It’s the first launch after an explosion grounded the fleet.

An explosion on the pad ahead of a routine test delayed launches for four months as SpaceX worked to figure out what went wrong.

The anomaly was linked to a helium tank used in the rocket which failed, destroying the rocket and satellite it was carrying.

Ahead of Saturday’s launch, SpaceX said it figured out how to prevent future issues and was ready to return to flight.

The launch from Vandenberg Air Force Base in California was successful, sending 10 commercial communication satellites to orbit.

SpaceX also landed the first stage booster on a drone ship – a first for the west coast. So far, SpaceX has recovered 7 booster with hopes to reuse them to lower the cost of launches.

The private company returns to flight on Florida’s Space Coast later this month.