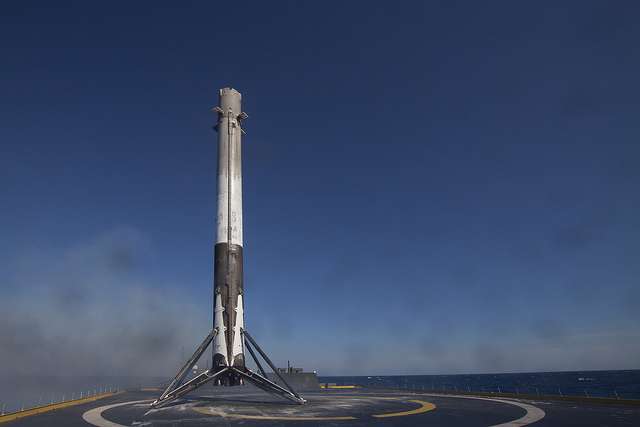 SpaceX launched the Flacon 9 booster back in 2016 and landed the first stage on a drone ship at sea. Photo: SpaceX / Flickr

SpaceX is poised to launch a recycled rocket from the Kennedy Space Center, a first for the private space company.

The Falcon 9 rocket has launched before. Last April, it sent cargo to the International Space Station. SpaceX landed that rocket booster on a drone ship and towed it back into port. Technicians refurbished the rocket and prepped it for a second launch.

The launch will be the first-time SpaceX fires its “flight-proven” rocket. It’s a part of the private space company’s commitment to rocket re-usability and the effort to lower the cost of access to space.

The rocket is sending a commercial communications satellite into orbit for Luxemberg-based operator SES. The launch window opens at 6:27 p.m. eastern time and weather remains favorable.