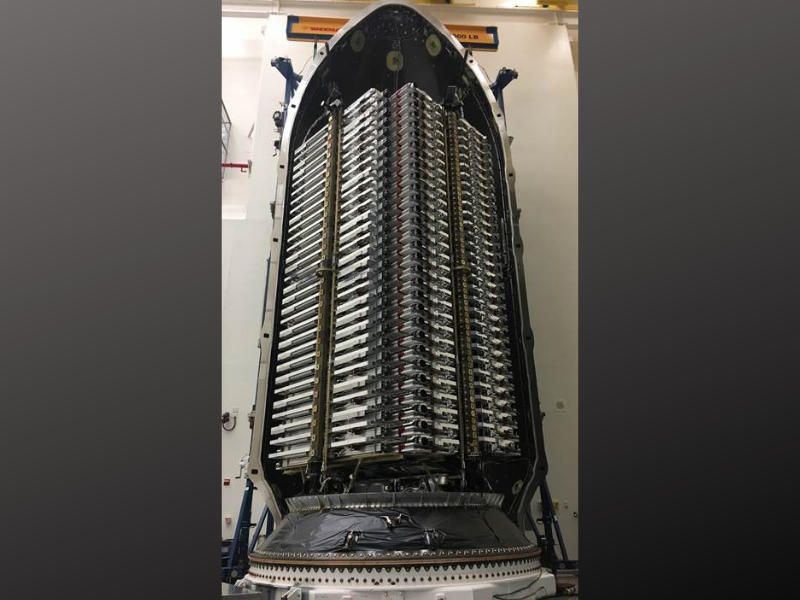 Sixty Starlink satellites are packed into the nosecone of SpaceX's Falcon 9 rocket ahead of a launch attempt from Cape Canaveral. Photo: Elon Musk / Twitter

SpaceX is set to launch 60 satellites Wednesday on a single Falcon 9 rocket from Cape Canaveral. It’s the first launch in an effort to blanket the globe with broadband internet access.

The satellite constellation is called Starlink and SpaceX plans to launch thousands of the roughly 500 pound satellites to provide reliable, affordable internet anywhere in the world.

SpaceX launched two prototype satellites last year. Founder and lead designer Elon Musk says there will need to be at least a half-dozen more launches of sixty satellites for minor coverage, and at least a dozen for moderate broadband access.

The launch window from Cape Canaveral is scheduled to open at 10:30 p.m. ET and weather remains favorable. SpaceX will attempt to land the first stage booster on a drone ship in the Atlantic.