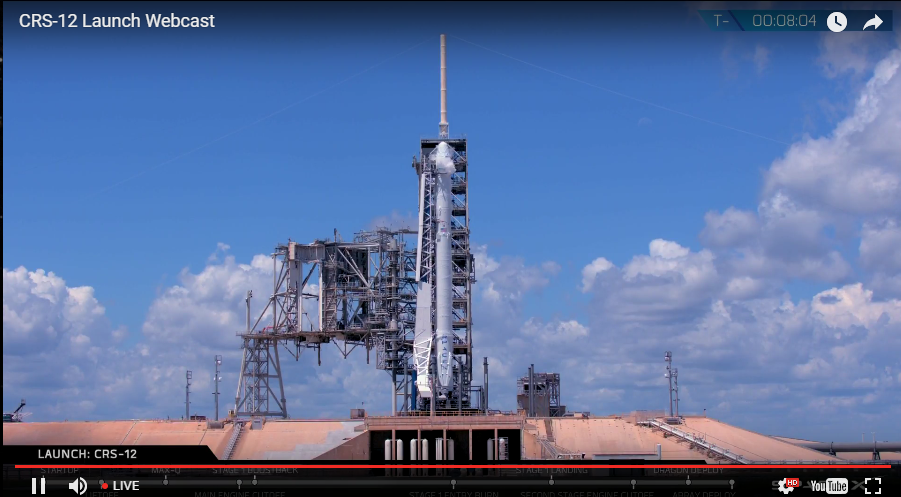 SpaceX launched a Falcon 9 rocket carrying 6,400 pounds of supplies to the International Space Station including 20 live mice and some ice cream.

The rocket launched a Dragon capsule from Kennedy Space Center, on its way to the international Space Station. It catches up with the orbiting lab Wednesday.

On board – 20 live mice that will be used to study the effects of long-duration space flight. Florida State University researcher Michael Delp wants to solve some biological problems astronauts face in space. To do that, he’s sending the group of mice to the station. For nearly a month, the mice will live in micro-gravity.

Also on board –  ice cream. And not the freeze-dried stuff, either. NASA had extra freezer space on board, so it decided to send the six ISS astronauts vanilla, chocolate and birthday cake ice cream cups.

After lofting the Dragon into orbit, SpaceX successfully landed the first stage of the rocket back at Cape Canaveral.

This is SpaceX’s 12th mission to the ISS. NASA pays private companies to ship supplies into orbit. The next launch, handled by another commercial partner Orbital ATK, is slated for later this year.