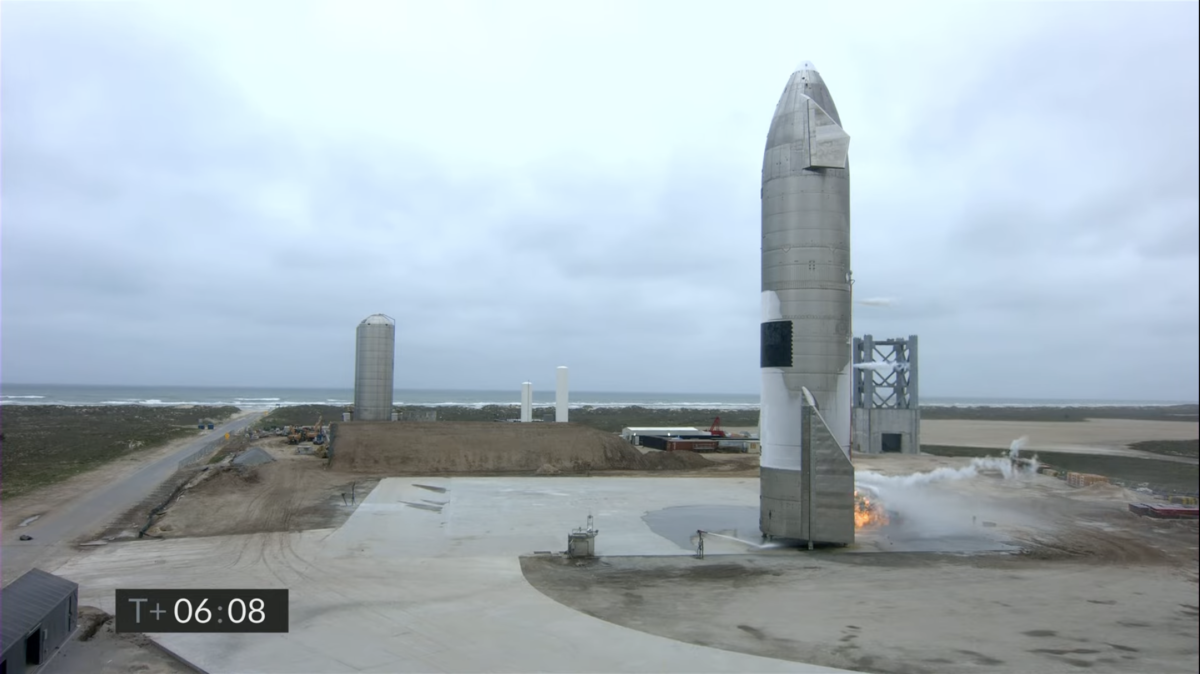 The full-scale, stainless steel, bullet-shaped rocketship blasted off from the southeastern tip of Texas on Wednesday in the company’s latest test flight. It soared more than 6 miles, before flipping and descending horizontally. It then went vertical again just in time for touchdown.

A fire at the base of the rocket quickly was extinguished, and the rocket remained standing.

It was the fifth high-altitude test flight of the rocketship that SpaceX’s Elon Musk plans to use to land astronauts on the moon and send people to Mars.