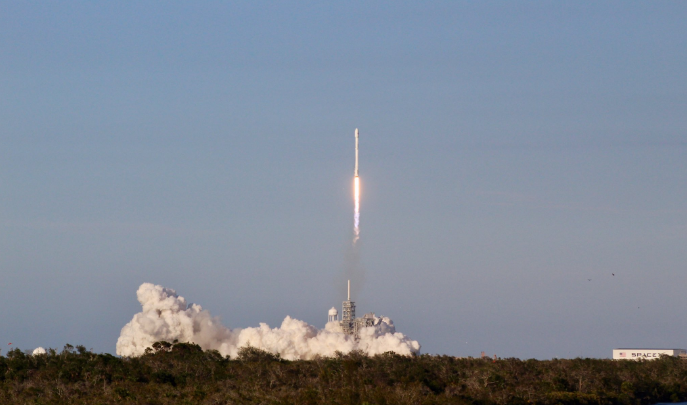 This Falcon 9 rockets has now launched two things into space: supplies to the International Space Station and now a commercial communication’s satellite into orbit.

This was the first time SpaceX has launch a recycled rocket.

It’s a part of SpaceX’s commitment to rocket reusability, eventually lowering the cost of access to space.

Incredibly proud of the SpaceX team for achieving this milestone in space! Next goal is reflight within 24 hours.

This mission ended with the first stage of the rocket landing on a barge at sea. The company isn’t saying yet whether this rocket will have a third go.

The satellite will provided broadcast coverage to Latin America.

The Flacon 9 launched from Kennedy Space Center’s launch complex 39A, the site of historic launches like Apollo 11.