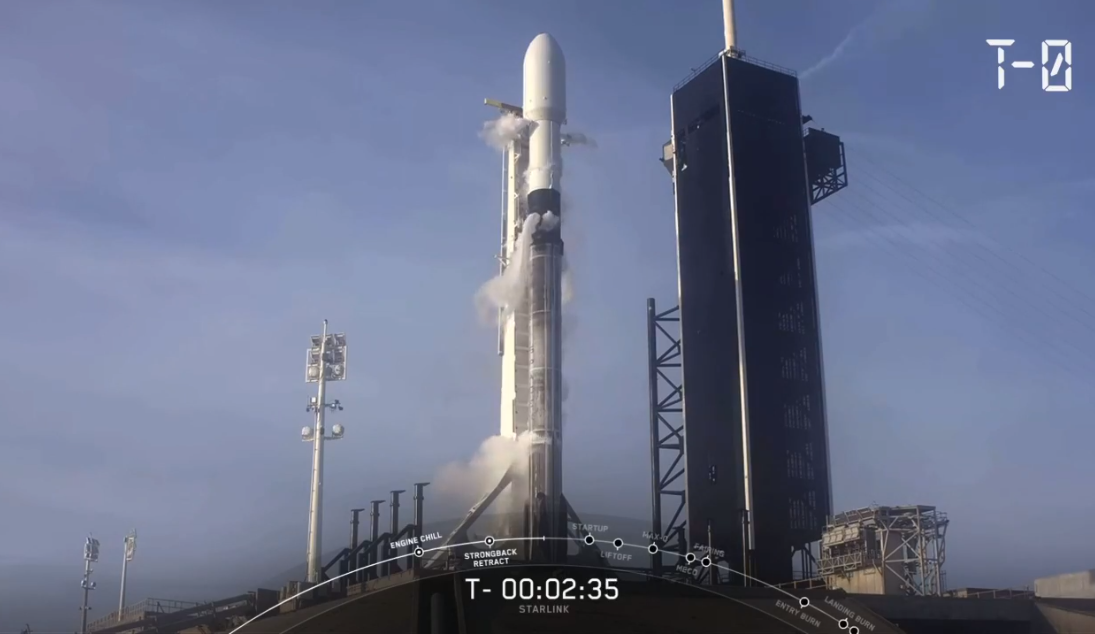 More internet satellites are on the way into orbit after launching from Kennedy Space Center Wednesday. An attempt to land the booster on a barge in the Atlantic Ocean shortly after liftoff failed.

It was the fifth launch of the Falcon 9 first stage booster. SpaceX routinely lands boosters and reuses them to lower the cost of launching.

SpaceX also will attempt to recover the two pieces of the rocket’s nosecone — another cost-saving effort.

The satellites will join the hundreds already in orbit, laying the groundwork for a network of thousands of satellites to blanket the globe with broadband internet access.

The constellation has drawn criticism from astronomers. Streaks of light from the satellites’ reflections are captured by ground-based telescopes, obscuring views of the night sky.

SpaceX said it is testing new techniques to cut down on the satellite’s reflection. An earlier experiment using paint showed a “notable reduction.” The company said it will test out a sun-shade for the satellites on a future mission.