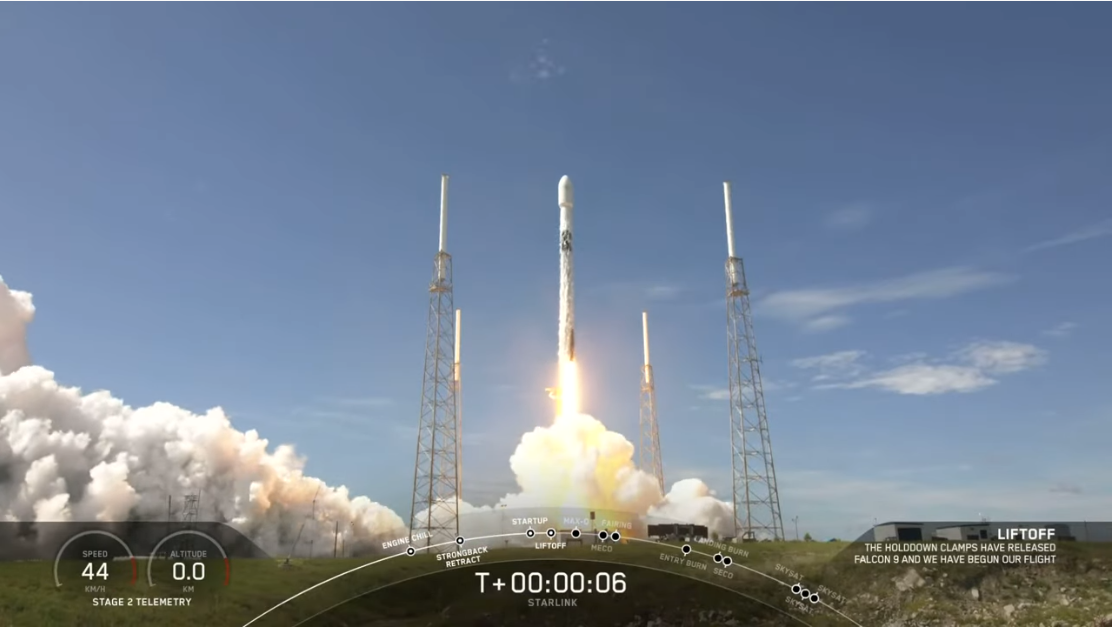 A Falcon 9 rocket launched 58 SpaceX Starlink satellites and 3 earth imaging satellites for private company Planet Labs. SpaceX plans to use the constellation of satellites to provide high-speed internet access worldwide. A beta test of the system is already underway although the company plans to launch thousands more of these satellites.

In an effort to lower the cost of launches, SpaceX reuses some of its rocket parts. Tuesday’s Starlink launch marks the sixth time SpaceX has used the first stage booster for a mission, the most uses of a SpaceX booster. Shortly after launching, it landed on a barge out in the Atlantic ocean once more.

The nose cone was also recycled from a launch back in January. Once again, the private space company recovered the two halves called fairings shortly after liftoff. A pair of boats equipped with large nets were able to recover the fairings. One boat caught the fairing in a net, the other scooped it out of the Atlantic ocean.