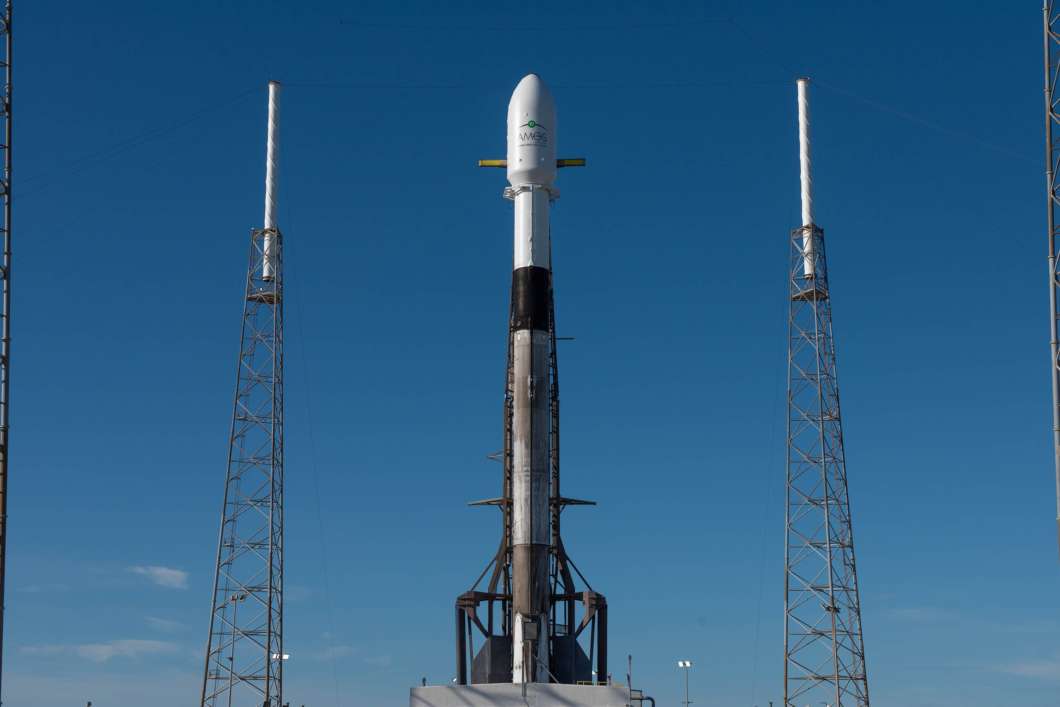 Falcon 9 and AMOS-17 are vertical on Pad 40 in Florida. Photo: SpaceX

SpaceX is set to launch a commercial communications satellite from Cape Canaveral Tuesday night. It’s the start of a busy launch week on Florida’s Space Coast.

A Falcon 9 rocket is poised to launch the Amos-17 satellite for commercial operator Spacecom. Once in orbit, the satellite will provide commercial communication services  like television and internet for sub Saharan Africa.

Because of the satellite’s weight, the Falcon 9 will use all of its fuel to lift the satellite into orbit, and will not attempt to land and recover the booster.

The launch attempt comes after a slight delay. Last week, SpaceX discovered an issue with one of the rocket’s valves.

It marks the start of a busy week at the Cape. ULA is scheduled to launch an Atlas V rocket carrying a military communications satellite Thursday.

The SpaceX launch window opens at 7:23 p.m. Tuesday and remains open until 8:21. The Air Force’s 45th Space Wing forecasts about a 40 percent chance of favorable weather for launch.