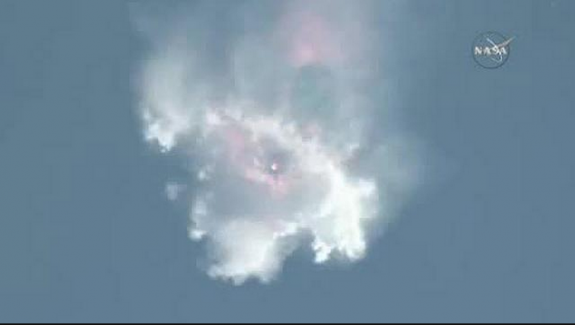 About two minutes into the flight SpaceX CEO Elon Musk said there was an anomaly “shortly before first stage shutdown.”

The vehicle experienced an anomaly on ascent. Team is investigating. Updates to come.

“There was an overpressure event in the upper stage liquid oxygen tank,” said Musk. SpaceX continues to look into the cause.

The Federal Aviation Administration is calling the incident a ‘mishap.’ SpaceX will lead the investigation into the explosion, with the FAA’s oversight.

Also on board was a docking adapter to be used for future commercial crew programs. NASA officials say there is a second adapter that will be launch on a future mission.

SpaceX was attempting to land the first stage of the Falcon 9 rocket on a barge. If successful, reusing the booster could significantly reduce the cost of spaceflight.