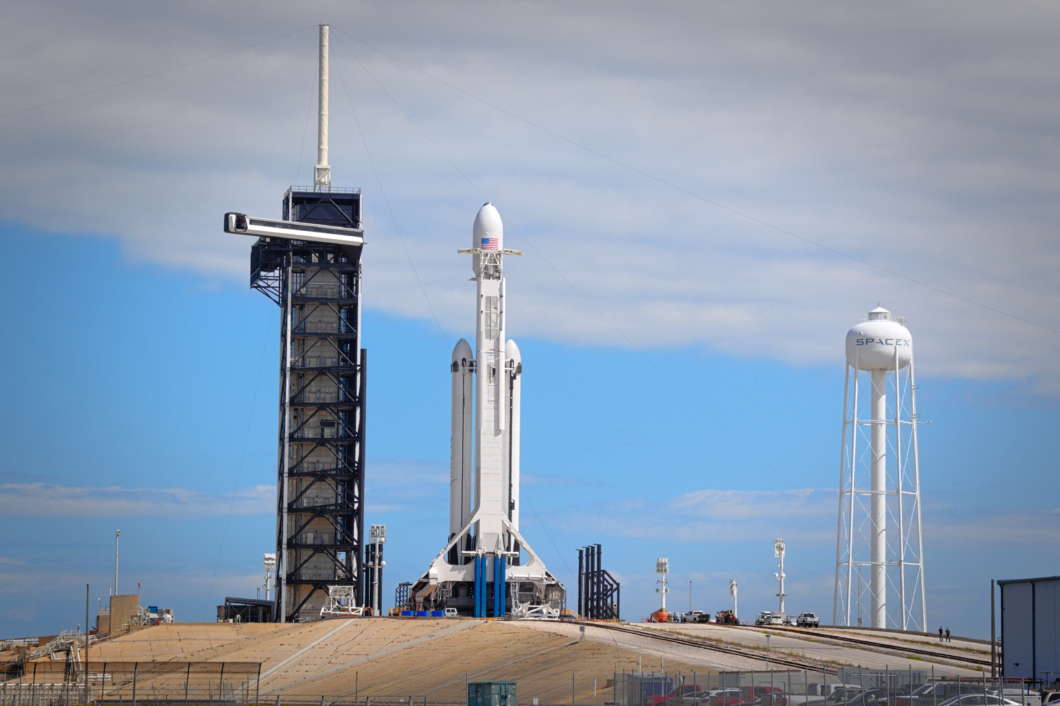 SpaceX is standing down from an attempt to launch its Falcon Heavy rocket. Upper-level winds affected the launch countdown on Wednesday from Kennedy Space Center.

The three-booster rocket with 27 engines rolled out to its launchpad Wednesday morning. The mission is to launch a Saudi Arabian communication satellite about the size of a school bus into space.

Once the rocket does launch, SpaceX plans to land two of the boosters back at Cape Canaveral. Residents along the Space Coast are likely to hear multiple sonic booms. The third booster will land on a barge at sea.

This will be the first operation mission of the rocket. SpaceX launched the Falcon Heavy last year on a test mission which brought tens of thousands of onlookers to the area.

Police officials expect a similar number this week — and law enforcement’s presence will increase. “We’re preparing for that with extra details and traffic enforcement during that time,” said Titusville Police Department’s Amy Matthews.