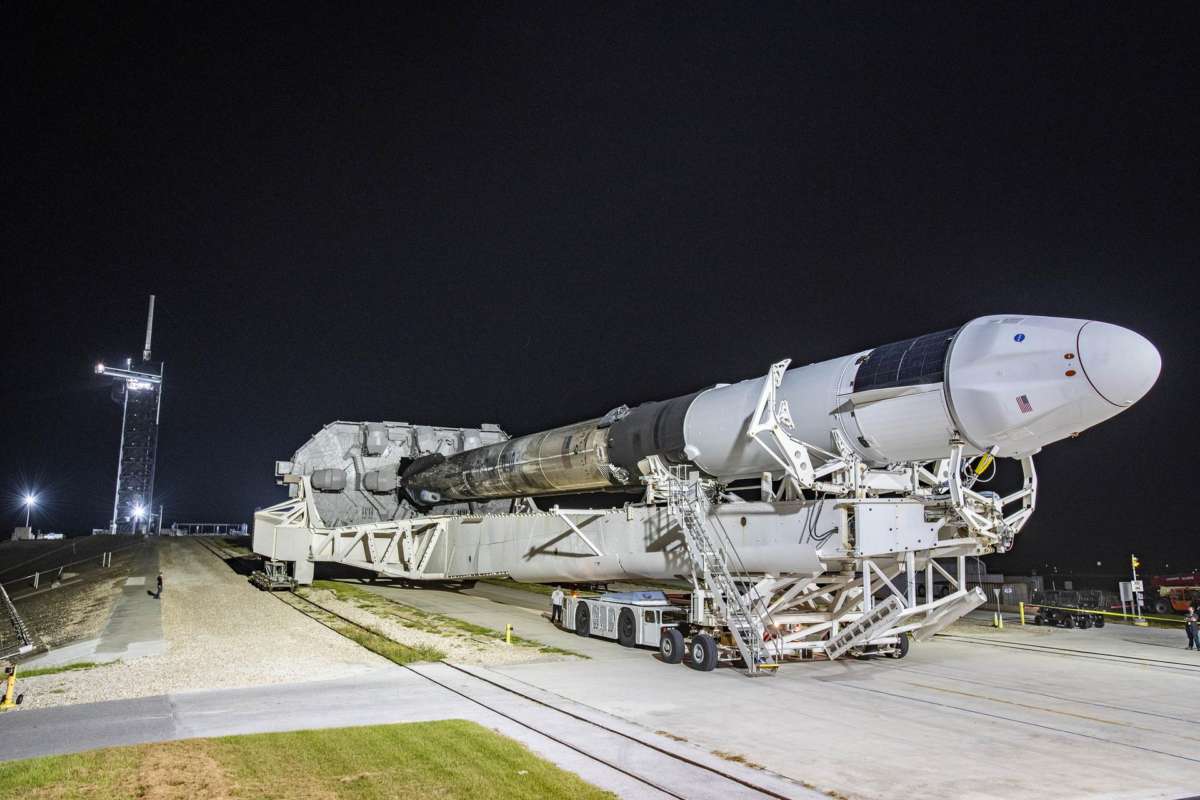 Private rocket company SpaceX plans to cap off a busy year with three launches in the time space of about four days, utilizing launch facilities on the U.S. east and west coast.

If SpaceX pulls it off, it will end the year with 31 Falcon 9 launches, beating a previous annual record of 26.

The first launch attempt is happening at SpaceX’s west coast facility at Vandenberg Space Force Base in California. The commercial rocket company is sending 52 of its Starlink satellites in orbit to join a constellation of more than 1,000 already in orbit. The launch is scheduled Saturday at 1:24 a.m. PST.

Then on Tuesday, SpaceX is set to launch 6,500 pounds of crew supplies and science equipment to the International Space Station packed inside the company’s Cargo Dragon capsule. SpaceX is targeting a launch from Kennedy Space Center at 5:06 a.m. ET.

The experiments on board include a protein crystal growth study that could aid in cancer research and a handheld bio printer that could be used to print tissue directly onto wounds. Once launched, the capsule will take about a day to reach the ISS. The spacecraft will remained docked at the station for about a month before splashing down off the coast of Florida.

The trio of missions would end a busy year for SpaceX, which included two NASA astronaut missions and an orbital space tourism mission that took billionaire Jared Isaacman and three others on a three-day trip to low-Earth orbit and back.

In 2021, the company was also awarded a contract from NASA to build the next lunar lander that will take U.S. astronauts to the surface of the moon in the mid 2020s. Work on that vehicle called Starship is taking place in Boca Chica, Texas and the SpaceX says it could launch an orbital demonstration mission of the spacecraft early next year.

SpaceX’s founder Elon Musk was named TIME’s person of the year. That same week, a former SpaceX engineer alleged harassment and sexism during her time at the company.