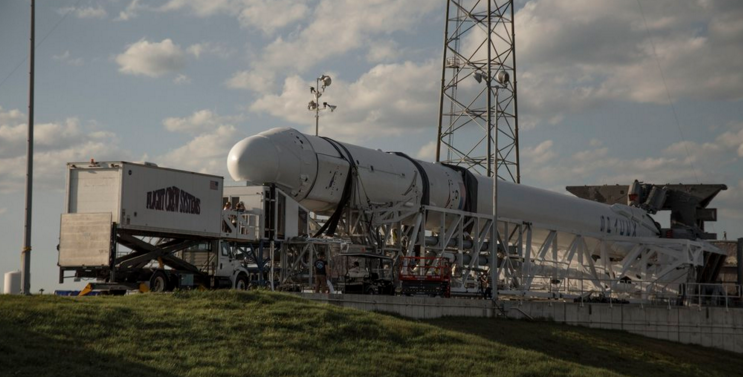 It’s SpaceX’s first launch to the International Space Station since June of last year.  That’s when a rocket carrying supplies to the station exploded about two minutes after lift-off.

But since the accident, SpaceX has found success launching commercial cargo to orbit.

SpaceX’s Dragon capsule will carry the supplies to the station on top of a Flacon 9 rocket, including science experiments for the orbiting outpost. One experiment is from a 17-year-old student looking at human genes in space.

SpaceX plans to land the first stage on a drone ship at sea. The private company already landed a booster on land. It’s a part of their plan to reuse the first stage booster and cut the cost of launching rockets to orbit.

Renderings of the BEAM expanded on the International Space Station. Photo: Bigelow Aerospace

Earlier attempts at landing a booster at sea have come close but failed. SpaceX’s Hans Koenigsmann said engineers worked out issues from previous attempts and are optimistic about a successful landing Friday.

Also on board, ‘BEAM’, an expandable habitat from Bigelow Aerospace. NASA plans to test the inflatable living space on the International Space Station with the hopes of using it for long-term missions like ones to Mars.

Weather is favorable for Friday’s launch. The window opens at 4:43 PM.