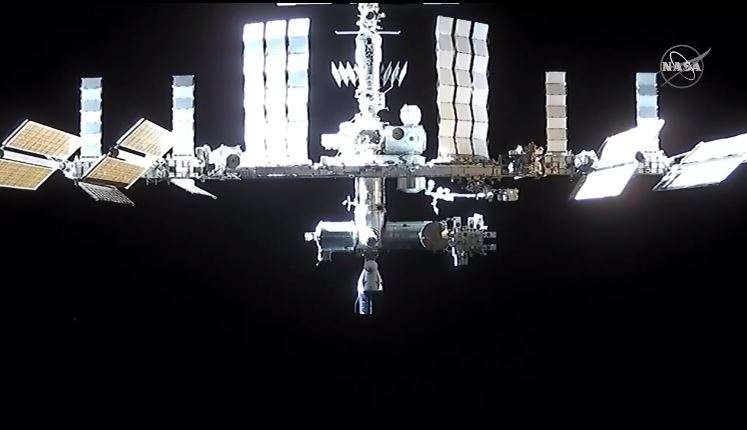 View from SpaceX's Dragon capsule as it approaches the International Space Station. The vehicle autonomously docks to the station. Photo: SpaceX / NASA

More than 6,00 pounds of fresh food and supplies have arrived at the International Space Station after launching Sunday from Kennedy Space Center.  The crew of seven received some food for the holidays including roast turkey, cornbread dressing, spicy green beans and cookies.

SpaceX’s Cargo capsule made the supply run which also included a science experiment using muscle cells collected from central Florida participants. The capsule contained equipment to support dozens more science experiments along with a new port for the station.

This new Dragon can carry 50 percent more scientific equipment and docks automatically with the space station. The Dragon can also be used to store some of those experiments while in orbit.

The capsule will remain on the station for about a month before making the trip back to Earth, splashing down in the Atlantic ocean packed with completed science experiments.

SpaceX has been shipping supplies to the ISS for NASA since 2012. This year, the commercial company began launching astronauts to the International Space Station under the agency’s Commercial Crew Program.