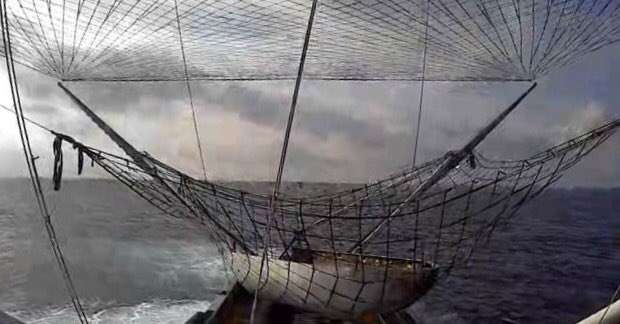 The nose cone, also called a fairing, protects the rocket’s payload during the first few minutes of flight. Once the rocket reaches a certain altitude the fairing halves are blown off.

Before SpaceX, these fairings were discarded. Now the rocket company is trying to reuse most parts of the rocket to reduce costs.

Two SpaceX boats named Ms. Trees and Ms. Chief are outfitted with huge nets and track the nosecones on their way back down to Earth. The fairings contain parachutes which help slow the descent.

It’s the first time both halves have been caught by the boats. Previous recovery attempts included only one net catching a fairing or recovery teams fishing the fairings out of the Atlantic ocean for reuse.

SpaceX also landed the first stage of the rocket on a barge at sea so it can refly the rocket part on future launches. The recovered hardware will return to Port Canaveral.