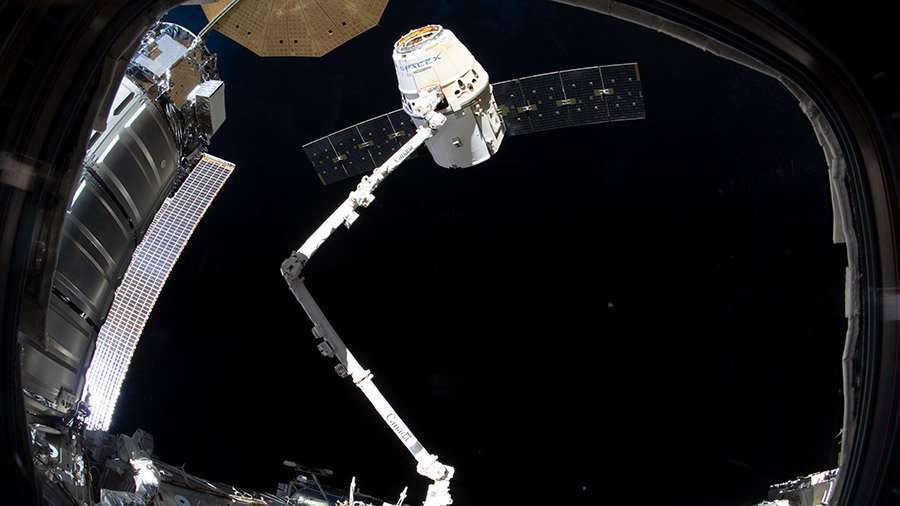 On the International Space Station, astronauts can being unpacking more than 5,000 pounds of newly delivered supplies. A capsule packed with cargo arrived Saturday after launching from Cape Canaveral two days ago.

The supplies include clothing, food and new science experiments including a 3D printer designed to print nerve cells, muscle cells and proteins in microgravity. Another experiment is on how moss can help support astronauts living long-term on the moon or Mars.

Packed in the trunk of the cargo vehicle is a new docking adapter. The International Docking Adapter (IDE-3) will support new space vehicles docking at the station. A previously installed port, IDE-2, was used to dock a test version of SpaceX’s crew capsule back in March.

SpaceX launched the supplies under NASA’s commercial cargo partnership. It’s the company’s 18th mission to the station. The space agency pays private companies to deliver supplies to the orbiting outpost. Soon, SpaceX, along with Boeing, will launch astronauts to the International Space Station from Florida’s Space Coast.

This is the Dragon capsule’s third mission to the station. It will remain there for about a month before heading back to Earth, splashing down in the Pacific Ocean.