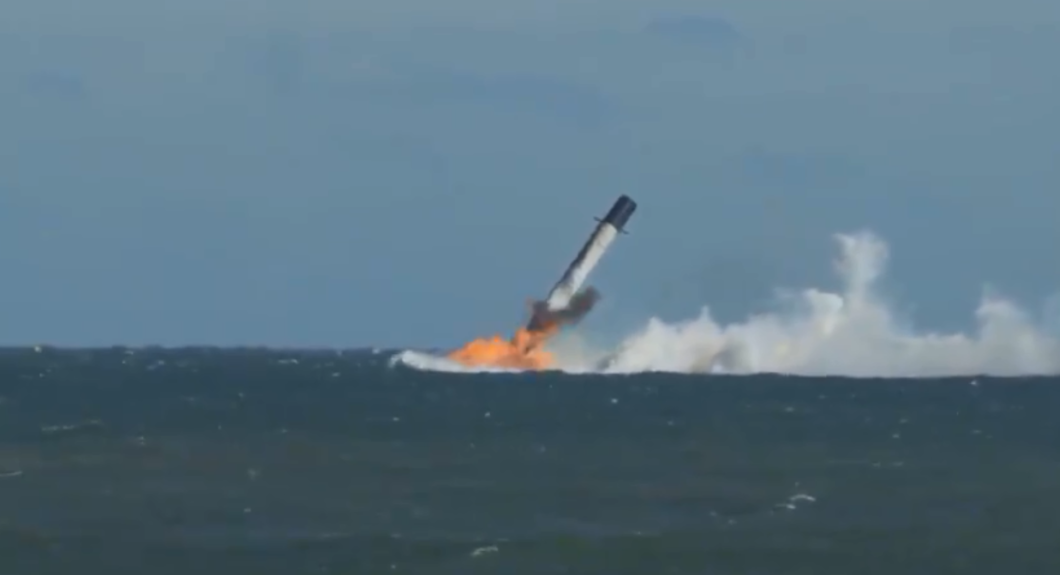 After the rocket successfully launched a cargo capsule toward the International Space Station, its bottom half began spiraling out of control on its way back to the ground.

SpaceX’s Hans Koenigsmann said the rocket’s automated system sensed it could not make a safe landing, so it ditched the booster into the ocean.

“The important part here is we have a safety function on board that makes sure the vehicle does not go on land unless everything is okay, and that worked perfectly,” said Koenigsmann.  “I would say in terms of public safety, the vehicle kept well away from anything where it could pose even the slightest risk to population of properties.”

SpaceX routinely lands Falcon 9 boosters on land or a barge at sea. This was the first landing failure at Cape Canaveral. SpaceX has failed landing boosters at sea but recently had landed 26 in a row. The company reuses the boosters to lower launch costs.

NASA and SpaceX considered the launch a success. More than 5,ooo pounds of supplies are on their way to the International Space Station. The supply-filled capsule is expected to arrive Saturday.