SpaceX And NASA Try Once More To Launch Astronauts 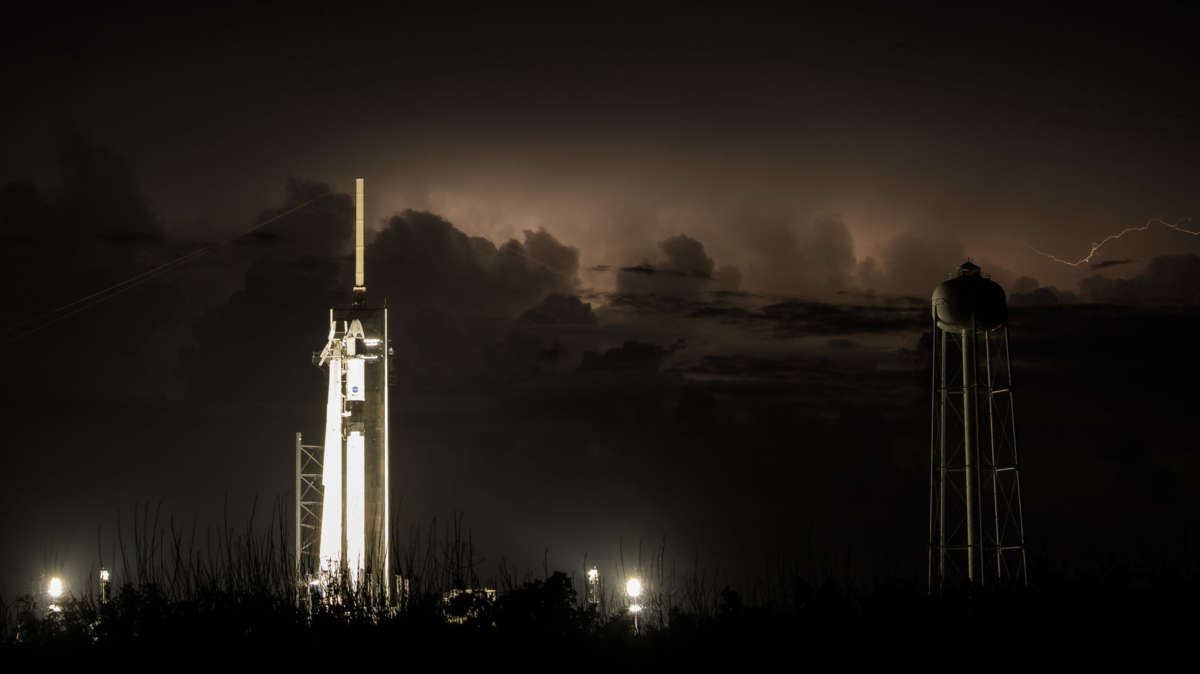 The Dragon crew capsule sits atop a Falcon 9 rocket on Friday as distant storms roll by. NASA and SpaceX cannot launch unless the weather is perfect. Photo credit: Bill Ingalls / NASA

After storms and a tornado warning upended a launch attempt on Wednesday, the billionaire’s commercial spaceflight company, SpaceX, is once again braving Florida’s wild weather to launch astronauts into orbit.

Such a launch, if successful, would mark the first time NASA has sent astronauts into space from U.S. soil since the end of the shuttle program in 2011. It would also be a first for SpaceX, which has ambitions of someday taking paying customers zooming around the Earth.

NASA astronauts Doug Hurley and Bob Behnken are scheduled to lift off from pad 39A at the Kennedy Space Center at 3:22 p.m. ET.

They will travel to the International Space Station aboard SpaceX’s Dragon capsule. The bell-shaped capsule resembles the spacecraft of the Apollo-era, but its sleek interior sports oversized touchscreen controls. The capsule will be carried to orbit atop the company’s Falcon 9 rocket, which has been used successfully dozens of times to put satellites and space-station cargo into orbit.

The launch is important to NASA, which has depended on Russian Soyuz rockets to get its astronauts into space for nearly a decade. The success of a SpaceX flight would return astronaut launches to American soil, while ostensibly freeing up the agency’s own resources to conduct exploration beyond Earth’s orbit.

The rocket and astronauts appear to be ready, so the limiting factor is likely to be the fickle weather off Florida’s Atlantic coast. The latest weather update from the U.S. Space Force put the chances of favorable conditions at the launch site at 50%.

High winds and lightening at the pad could make launching dangerous and rough waves could hamper rescue efforts or even endanger the crew. The rocket’s entire trajectory must be free of storms in case the astronauts need to abort the launch and land in the ocean.

In case this latest attempt is scrubbed again, the astronauts are expected to try again on Sunday.