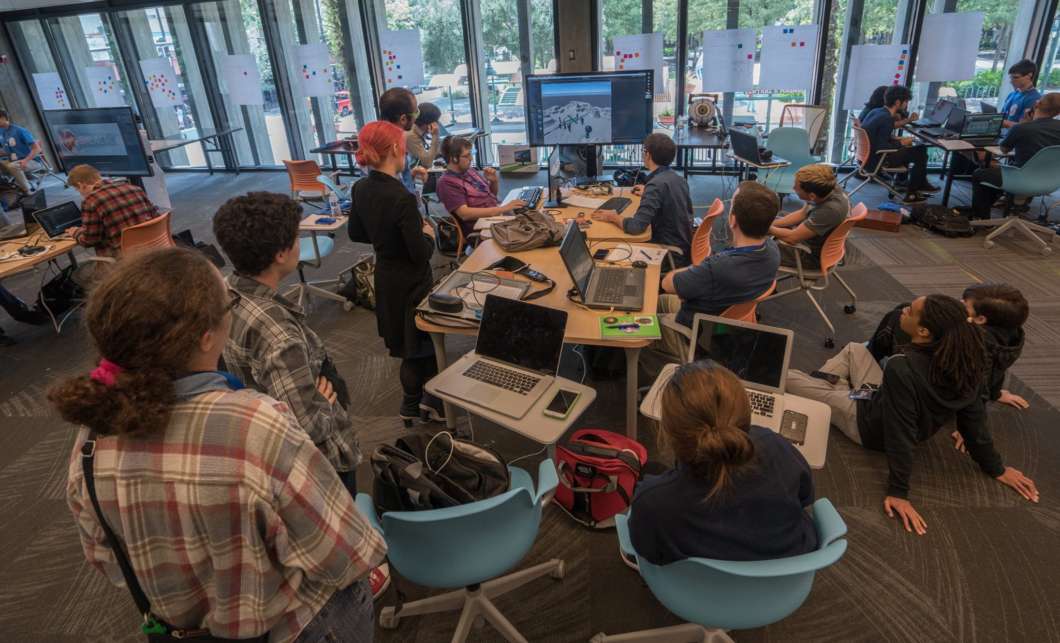 Space Florida is awarding a $5,000 prize for the next space-based video game but teams will only have 48 hours to create it.

Teams of developers, programmers and artists will pitch video game ideas Friday night and then they will have just the weekend to develop, build and test their space games before presenting to a panel of judges Sunday. About 145 participants are registered for the competition.

“Developing a skilled workforce is probably the single most important thing any industry in any community can do to be successful in recruiting the next generation of [companies like] Blue Origin and SpaceX,” said Ketcham at a kick-off event Thursday.

It’s the fifth year of the Indie Galactic Space Jam competition, and the fourth year a prize is being offered by Space Florida, the state organization that recruits private space businesses to the sunshine state.

The event kicks off Friday at the Orlando Science Center. Judges will pick the top games and award prizes on Sunday.