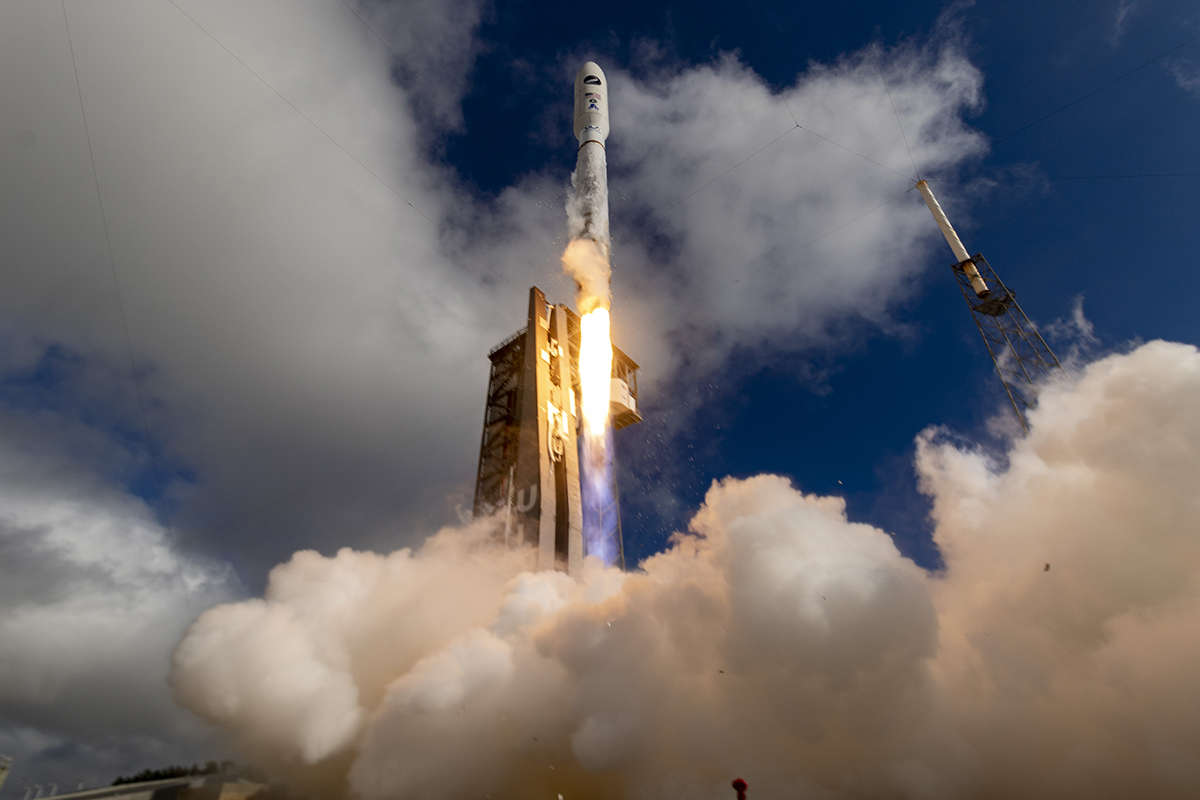 A space plane is on a secret mission for the U.S. Space Force after launching from Cape Canaveral Sunday.

The vehicle, codenamed X-37B, looks like a mini space shuttle. It was manufactued by Boeing for the Air Force and hitched a ride into orbit on United Launch Alliance’s Atlas V rocket.

The vehicle is carrying experiments from NASA, the Air Force and the Naval Research Academy, but not much is known about what it will do now that it’s in orbit. The X-37-B’s last mission lasted more than 700 days in space before it landed.

The launch was delayed Saturday due to weather. Ground winds, rain and the chance the rocket could trigger a lightning strike as it traveled trough cumulus clouds forced ULA’s launch director to scrub the attempt Saturday.

The U.S. Space Force will conduct the secret mission, although the vehicle will remain an asset of the U.S. Air Force. ULA said the launch was dedicated to those responding to the COVID-19 pandemic.

“We were honored to partner with the U.S. Space Force to dedicate this mission to first responders, front-line workers, and those affected by COVID-19. It is truly a unique time in our history and I want to thank the entire team for their continued dedication and focus on mission success,” said ULA’s Gary Wentz.

Another launch is scheduled from the Cape Tuesday, with SpaceX launching another batch of its internet satellites called Starlink.