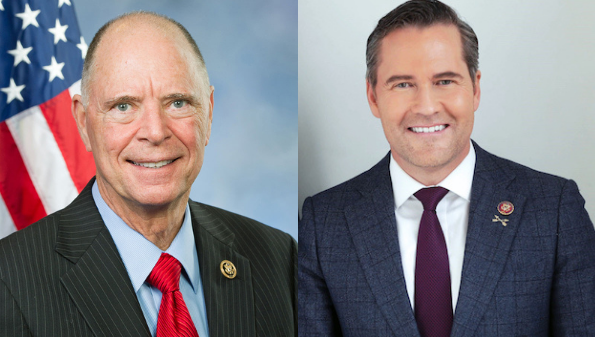 Republicans Mike Waltz and Bill Posey have won re-election to the U.S. House of Representatives. Both serve on a House committee critical to funding Florida’s space ambitions.

Before running for office in 2016, Waltz served over 20 years in the U.S. Army and was a Green Beret. He also was a policy advisor to the Pentagon and White House before joining Congress, succeeding Ron DeSantis after he resigned to run for Governor.

Waltz serves on the House Armed Services Committee and the Committee on Science, Space and Technology. His district stretches from south Jacksonville to Volusia county, and includes Flagler and parts of Lake county.

Posey, who is endorsed by President Donald Trump, first joined congress in 2009. Before politics, he worked on NASA’s Apollo program then established a real estate company.

In Congress, he serves on the Committee on Financial Services and the Committee on Science, Space and Technology. His district includes all of Brevard and Indian River county, as well as parts of Orange, and includes the Kennedy Space Center.